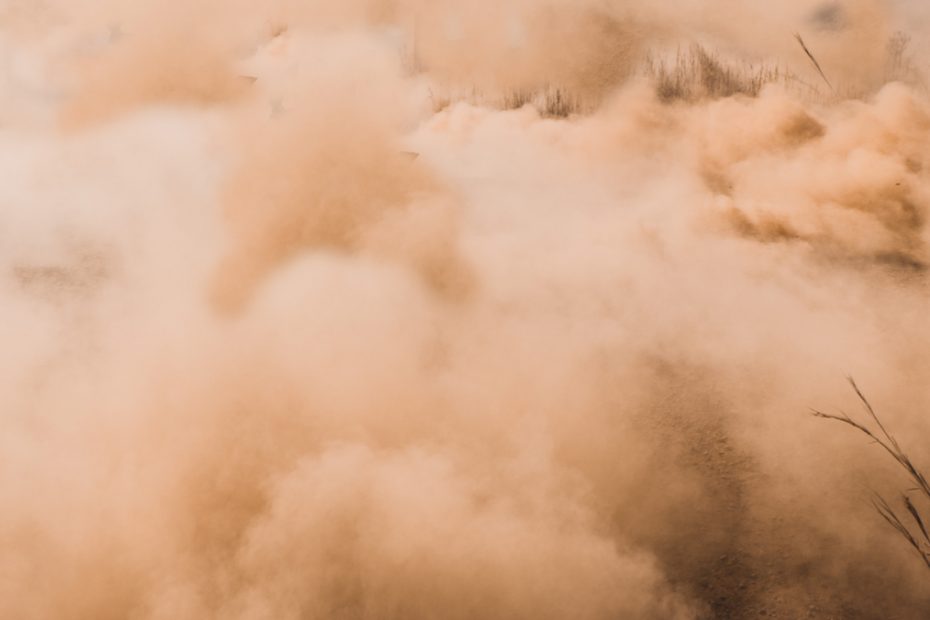 They were not even close to the main camp when the sandstorm storm hit, blasting hot sand into their eyes, hair, and skin. The wind whirled above, around, and under the hasty shelter the two cowboys had set up, offering no protection at all. They took small sips of water every hour or so to relieve the dryness of their throats and to shift about to keep from being buried completely under the sand.

A day passed in these terrible conditions. The two cowboys drank the last of their water and ate the last of their food, while the wind and sand whipped about in an impenetrable curtain and the heat dried out their bodies. One after the other their horses dropped dead and were gradually buried under the sand. Through his increasing misery, one of the men noticed that the sound of the storm was muted, though there was no decrease in the pounding of the wind and the sand. Through the sandstorm rode a man dressed all in white. He was followed by eleven riders, who were also dressed in white. Their spurs, bits, and stirrups gleamed like silver; their belt buckles were gold. They were leading a white horse behind them. He tried to call out to them, but his lips were swollen shut.

The procession stopped in front of the half-buried cowboys and two men dismounted. They walked over to the man beside him. Tenderly, they helped the other cowboy over to the riderless horse and set him in the saddle. Then they mounted their horses and the men in white started riding away. The remaining cowboy pried his lips apart with shaking fingers and gave a hoarse cry of protest. But the white riders disappeared back into the storm, leaving him alone in the whipping sand. Just before the last rider vanished, he turned back towards the cowboy and said: “”It is not your time yet. We will come back for you presently.” Then he passed out of sight.

Stricken, the cowboy buried his face against his arm and gradually lost consciousness. He was awakened by someone shaking his shoulder. He looked up into the eyes of some of his fellow cowpokes who had come to find him and his friend as soon as the storm let up. They forced some water through his dry lips and helped him sit up and told him he was lucky to survive.

Something in their grim air made him turn to look at his friend, who lay dead at his side. His heart beat rapidly as he realized suddenly how narrow his own escape had been. And suddenly he understood something else. The riders he had seen had been the white riders of death. By leaving him behind, they had spared his life when they came through the storm to take his friend home.

You can read a longer version of this Arizona folktale, plus 29 other stories in Spooky Southwest by .