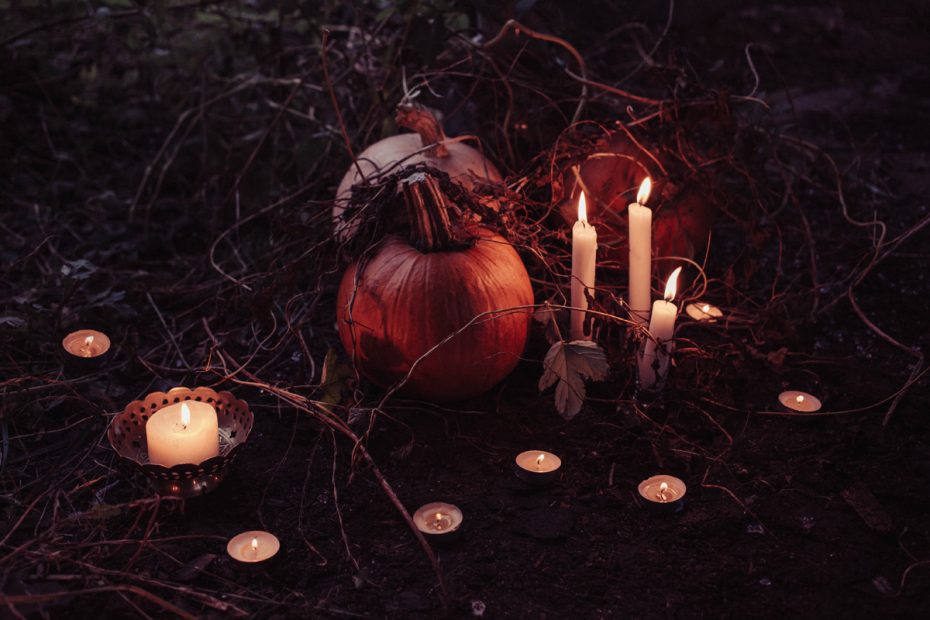 Halloween or “All Hallows Eve” is a yearly celebration observed on October 31st which combines traditions from festivals of the dead such as the Celtic Samhain (Summer’s End) with medieval Catholic observances on the eve of All Saints Day.

What is the origin of Halloween?
According to popular folklore, November 1st was designated All Saints Day by the Church to “Christianize” pagan festivals of the dead such as Samhain.  Samhain was the last night of the old year according to the ancient calendar of the Celts. On that night it was said that the witches, hobgoblins, warlocks, and other evil spirits walked abroad and devoted themselves to wicked revels.  On Samhain, the medieval Catholic church celebrated “All Hallows Eve” – the night before All Saints Day – by lighting bonfires to symbolize the plight of souls lost in purgatory, and “souling”, which consisted of going door-to-door offering prayers for the dead in exchange for cakes and other treats.  Guising – the custom of going forth dressed in costume – also became associated with All Hallows Eve festivities.  Roots of many modern Halloween customs can be seen in both the Samhain and the All Hallows Eve celebrations.

Halloween customs
In modern times, Halloween customs have expanded to include costume wearing, telling ghost stories, the playing of pranks, the decorating homes using supernatural and seasonal themes, and – of course – trick or treating.Trick-or-treating is a Halloween tradition in which children go in costume from house to house, asking for treats such as candy or sometimes money, with the question, “Trick or treat?” The word “trick” refers to “threat” to perform mischief on the homeowners or their property if no treat is given.Such “guising” was recorded in Scotland at Halloween as far back as 1895, when masqueraders in disguise carrying lanterns made out of scooped out turnips, visit homes to be rewarded with cakes, fruit and money. The practice of “guising” at Halloween in North America is first recorded in 1911 in Kingston, Ontario.