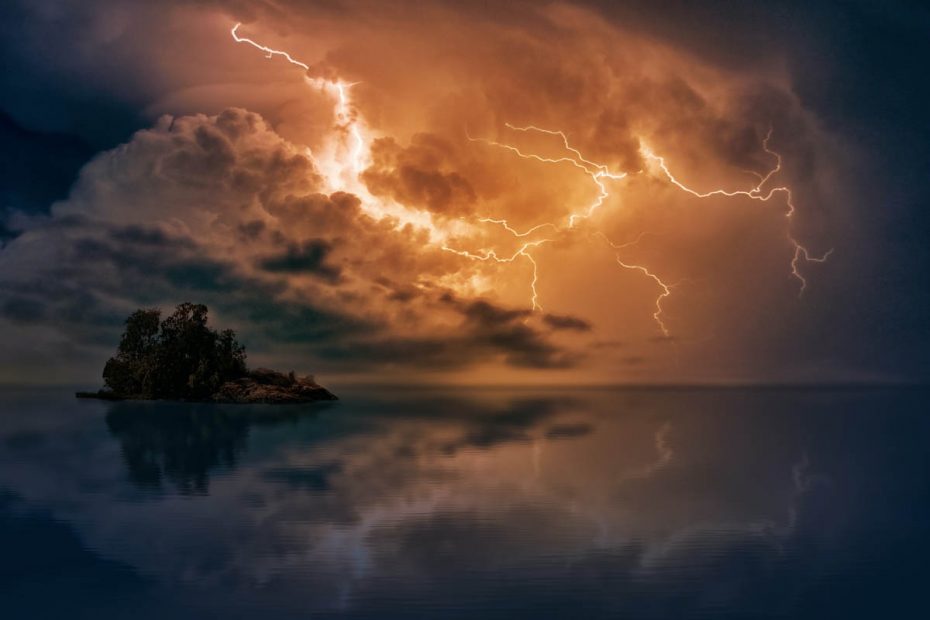 A Tale of the Iroquois

Once in early days, three hunters set out upon an expedition. After they had journeyed for some time a misfortune occurred, one of their number breaking his leg. The others fashioned a litter with the object of carrying him back to his home, as custom exacted. Retracing their steps, they came to a range of high mountains, the steep slopes of which taxed their strength to the utmost. To rest themselves they placed the wounded man on the ground and withdrew to a little distance.

“Why should we be thus burdened with a wounded man?” said one to the other.

“You speak truly,” was the rejoinder. “Why should we, indeed, since his hurt has come upon him by reason of his own carelessness?”

As they spoke their eyes met in a meaning glance, and one of them pointed to a deep hole or pit opening in the side of the mountain at a little distance from the place where they were sitting.

Returning to the injured man, they raised him as if about to proceed on the journey, and when passing the brink of the pit suddenly hurled him into it with great force. Then without loss of time they set their faces homeward.

When they arrived in camp they reported that their comrade had died of wounds received in fight, but that he had not fallen into the enemy’s hands, having received careful attention from them in his dying moments and honorable burial. The unfortunate man’s aged mother was prostrate with grief at the sad news, but was somewhat relieved to think that her son had been kindly ministered to at the end.

When the warrior who had been thrown into the pit regained his senses after the severe fall he had sustained he perceived a man of venerable aspect bending over him solicitously. When this person saw that the young man had regained consciousness he asked him what had been the intention of his comrades in so cruelly casting him into that abyss. The young man replied that his fellows had become tired of carrying him and had thus rid themselves of him.

The old hermit—for so he seemed to be—made a hasty examination of the young man’s injuries, and announced that he would speedily cure him, on one condition. The other pledged his word to accept this, whatever it might be, whereupon the recluse told him that all he required was that he should hunt for him and bring home to him such game as he should slay. To this the brave gave a ready assent. The old man lost no time in performing his part of the bargain. He applied herbs to his injuries and assiduously tended his guest, who made a speedy and satisfactory recovery. The grateful hunter, once more enabled to follow the chase, brought home many trophies to the cave on the mountainside, and soon the pair had formed a strong attachment.

One day, when in the forest, the hunter encountered an enormous bear, which he succeeded in slaying after a desperate struggle. As he was pondering how best he could remove it to the cave he became aware of a murmur of voices behind him, and glancing round he saw three men, or beings in the shape of men, clad in strange garments, standing near. In reply to his question as to what brought them there, they told him that they were the Thunderers, or people of Hi’nun, whose mission it was to keep the earth in good order for the benefit of humanity, and to slay or destroy every agency inimical to mankind. They told him that the old man with whom he had been residing was by no means the sort of person he seemed to think, and that they had come to earth with the express intention of compassing his destruction. In this they requested his assistance, and promised him that if he would vouchsafe it he would speedily be transported back to his aged mother’s side.

Overjoyed at this proposal, the hunter did not scruple to return to the cave and tell the hermit that he had killed the bear, which he wished his help in bringing home. The old man seemed very uneasy, and begged him to examine the sky and tell him whether he perceived the least sign of clouds. The young man reassured him and told him that not a cloud was to be seen, whereupon, emerging from his shelter, he made for the spot where the bear was lying. Hastily picking up the carcass, he requested his companion to place it all on his shoulders, which the young man did, expressing surprise at his great strength. He had proceeded with his burden for some distance when a terrific clap of thunder burst from the menacing black clouds which had speedily gathered overhead.

In great terror the old man threw down his load and commenced to run with an agility which belied his years, but when a second peal broke forth he suddenly assumed the shape of a gigantic porcupine, which dashed through the undergrowth, discharging its quills like arrows as it ran. A veritable hail of thunderbolts now crashed down upon the creature’s spiny back. As it reached the entrance to the cave, one larger than the rest struck it with such tremendous force that it rolled dead into its den.

Then the Thunderers swooped down from the sky in triumph, mightily pleased at the death of their victim. The young hunter now requested them to discharge the promise they had made him to transport him back to his mother’s house; so, having fastened cloud-wings on his shoulders, they speedily brought him thither, carrying him carefully through the air and depositing him just outside her home. The widow was delighted to see her son, whom she had believed to be long dead, and the Thunderers were so pleased with the assistance he had lent them that thereafter, they asked him to accompany them in their monster-destroying mission every spring.

Citation: Spence, Lewis. The Myths of the North American Indians. London: George G. Harrap & Company, 1914. This article is in the public domain and is part of the cited work.