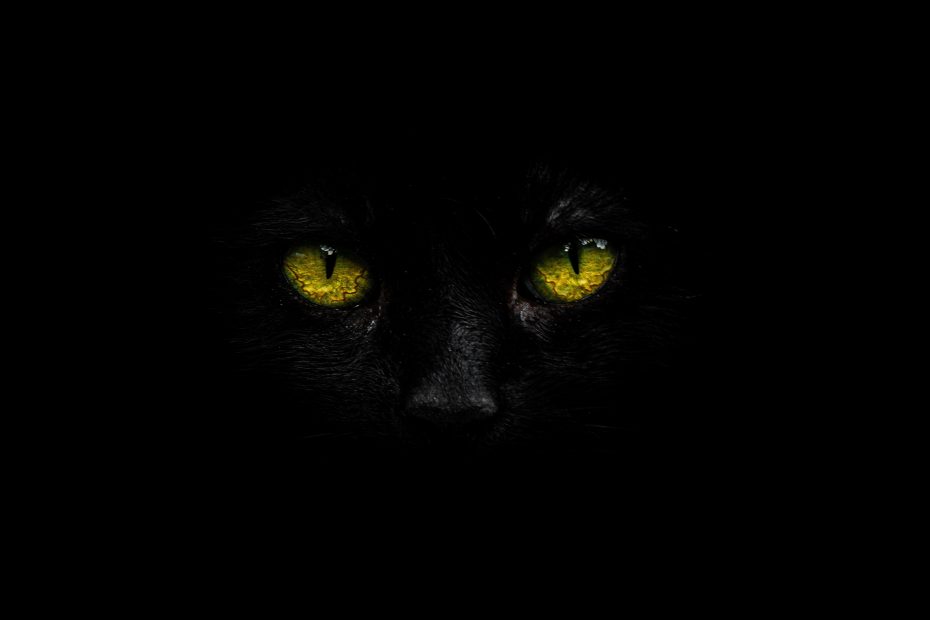 They say that the Wampus cat was once a beautiful woman. The men of her tribe were always going on hunting trips, but the women had to stay home. The Indian woman secretly followed her husband one day when he went hunting with the other men. She hid herself behind a rock, clutching the hide of a mountain cat around her, and spied on the men as they sat around their campfires telling sacred stories and doing magic.

According to the laws of the tribe, it was absolutely forbidden for women to hear the sacred stories and see the tribe’s magic. So when the Indian woman was discovered, the medicine man punished her by binding her into the mountain cat skin she wore and then transforming her into a terrible monster – half woman and half mountain cat. Ever after she was doomed to roam the hills, howling desolately because she desires to return to her normal body.

A man was hunting one night with his dogs when they both whimpered and ran off the path. At that moment, the woods were overpowered with a horrible smell like that of a wet animal that had fallen into a bog after it messed with a skunk. Then something howled on the path behind him and the man whirled around, dropping his rifle. His heart pounding with fear, the man found himself staring into the big, glowing yellow eyes of the Wampus Cat. The creature had huge fangs dripping with salvia. It looked kind of like a mountain lion, but it was walking upright like a man. Then it howled, and the man’s skin nearly turned inside out in horror.

With a scream of terror, the man leapt backwards and ran as fast as he could through the woods, the Wampus Cat on his heels. He fled to the home of a friend who lived nearby, and burst through the front door only a breath ahead of the creature. His friend slammed the door in the face of the Wampus Cat. Instantly, it started shuddering under the weight of the attacking monster. The man’s friend grabbed his Bible and started reading aloud from the Psalms. Upon hearing the holy words, the Wampus Cat howled in frustration and then slowly abandoned its attack and went back into the woods.

The man spent the rest of the night at his friend’s place. When he went home at daybreak, he found his dogs huddled in the barn, shaken but still alive. The man never hunted after dark again.

You can read a longer version of this story in Spooky South.