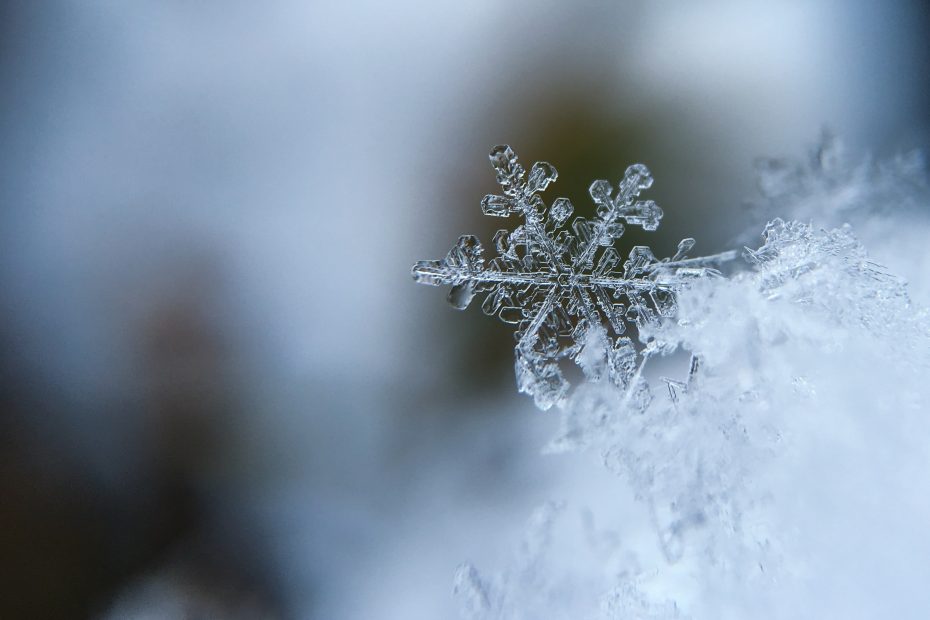 Once upon a time there lived a poor man named Ivan and his wife, Marie. They were very sad because they had no children. One cold winter day the peasant and his wife sat near a window in their cottage and watched the village children playing in the snow. The little ones were busily at work making a beautiful snow maiden.

Ivan turned to his wife and said, “What a good time the children are having. See, they are making a beautiful snow maiden. Come, let us go into the garden and amuse ourselves in the same way. We will make a pretty little snow image.”

They went into the garden which lay back of their cottage.

“My husband,” said Marie, “we have no children, what do you say to our making for ourselves a child of snow?”

“A very good idea!” said the husband. And he at once began to mold the form of a little body, with tiny feet and hands. His wife made a small head and set it upon the shoulders of the snow image.

A man who passed by the garden stopped for a moment and looked at the couple who were so strangely occupied. After a moment’s silence he said to them, “May God help you.”

“What are you making?” asked the stranger.

Ivan looked up and said, “We are making a little snow maiden.” Then he went on with his work, forming the nose, chin, and eyes.

In a few moments the snow child was finished, and Ivan looked at her in great admiration. Suddenly, he noticed that the mouth and eyes opened, the cheeks and lips took on a rosy hue, and in a few moments the astonished man saw standing before him a living child.

“Who are you?” he asked, filled with wonder at seeing a little girl instead of a snow image.

“I am Snow White, your little daughter,” said the child. Then she threw her arms lovingly around the man and his wife, who both began to cry for joy.

The delighted parents took Snow White into the cottage, and before long the news ran through the village that a little daughter had come to live with Ivan and Marie.

Of course the village children came to play with Snow White. She was such a charming little girl, with a very white skin, eyes as blue as the sky, and lovely golden hair. To be sure, her cheeks were not so rosy as those of her companions, but she was so bright and gentle that everyone loved her very much indeed.

The winter passed very quickly and Snow White grew so fast that by the time the trees were veiled in the green buds of spring she was as tall as a girl of twelve or thirteen years.

During the winter months the snow maiden had been very joyous and happy, but when the mild, warm days of spring came she seemed sad and low-spirited. Her mother, Marie, noticed the change and said to her, “My dear little girl, why are you sad? Tell me, are you ill?”

“No, mother, dear, I am not ill,” said Snow White. But she no longer seemed to enjoy playing out of doors with the other children; she stayed very quietly in the cottage.

One lovely spring day the village children came to the cottage and called out, “Come, Snow White! Come! We are going into the woods to gather wild flowers. Come with us.”

“Yes, do go, my dear!” said mother Marie. “Go with your little friends and gather spring flowers. I’m sure you’ll enjoy the outing.”

Away went the happy children to the woods. They gathered the lovely wildflowers and made them into bouquets and coronets, and when the afternoon sun began to sink in the western sky, they built a big bonfire. They sang little songs, merrily dancing around the bright, crackling blaze.

“Let each one dance alone,” called out one of the little girls.

“Snow White, watch us for a little while, and then you, too, will know how to dance alone.”

Away whirled the happy little children, dancing freely round and round the bonfire. In a little while Snow White joined them.

When the little people were out of breath and the dancing grew slower and slower, someone called out, “Where is Snow White?”

“Snow White, where are you?” shouted the other children, but nowhere could they find their little companion.

They ran home and told Ivan and Marie that Snow White had disappeared while dancing round the bonfire. The villagers made a thorough search for the little maiden, but they never found her, for while she was dancing around the bonfire she had slowly changed into a little white vapor and had flown away toward the sky, where she changed into a delicate snowflake.

Citation: Skinner, Ada M. and Skinner, Eleanor L. The Pearl Story Book. New York: Duffield & Company, 1919. Edited by S.E. Schlosser. This story is in the public domain and is part of the cited work.