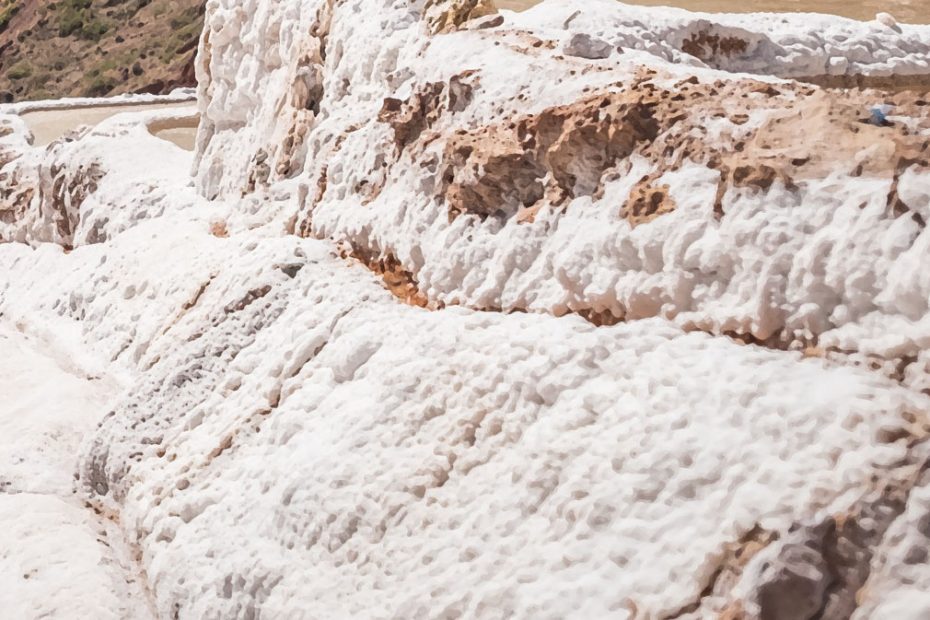 A pillar of snowy salt once stood on the Nebraska plain, about forty miles above the point where the Saline flows into the Platte, and people used to call it the Salt Witch. A tribe was for a long time quartered at the junction of the rivers, its chief a mighty man in whom his people gloried, but so fierce, withal, that nobody made a companion of him except his wife, who alone could check his rages.

In sooth, he loved her so well that on her death he became a recluse and shut himself within his lodge, refusing to see anybody. This mood endured with him so long that mutterings were heard in the tribe and there was talk of choosing another chief. Some of this talk he must have heard, for one morning he emerged in war-dress, and without a word to any one strode across the plain to westward. On returning a full month later he was more communicative and had something unusual to relate. He proved his prowess by brandishing a belt of pelts before the eyes of his warriors, and he had also brought a lump of salt.

He told them that after travelling far over the prairie he had thrown himself on the earth to sleep, when he was aroused by a wailing sound close by. In the light of a new moon he saw a hideous old woman brandishing a tomahawk over the head of a younger one, who was kneeling, begging for mercy, and trying to shake off the grip from her throat. The sight of the women, forty miles from the village, so surprised the chief that he ran toward them. The younger woman made a desperate effort to free herself, but in vain, as it seemed, for the hag wound her left hand in her hair while with the other she raised the axe and was about to strike.

At that moment, the chief gained a view of the face of the younger woman-it was that of his dead wife. With a snarl of wrath, he leaped upon the hag and buried his own hatchet in her brain, but before he could catch his wife in his arms the earth had opened and both women disappeared. A pillar of salt stood where he had seen this vision.

After hearing his report, the tribe devised a sacred ceremony which they performed whenever they went to the column to gather salt, to keep the Salt Witch from working any more other evil.

Tags:Nebraska folklore
previousThe Heart of the Monster
nextFrogs of Windham