The Lady in the Veil 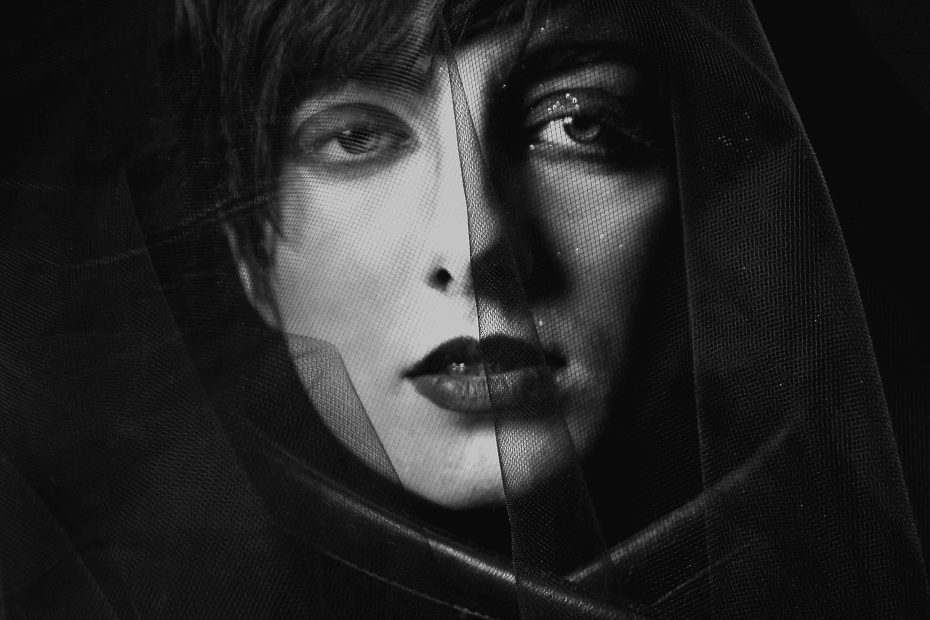 Listen to the podcast. He had not expected to meet the woman of his dreams, but there she was strolling along in the moonlight beside the cemetery. Carlos quickened his pace until he was level with her, hoping for a glimpse of her face under her veil.

Carlos made a few remarks about the beautiful night and the lovely weather—anything to keep her talking. She stopped abruptly and turned to face him. He caught a glimpse of dark eyes glinting behind the veil.

“A date, Señorita. Just a date.” Carlos beamed at her.

She paused and said, “I do not know. Ask me again in this place at this time tomorrow night, and we shall see.”

Carlos’s heart leapt in his chest. So she was playing hard to get? Well, fair enough. He would see her tomorrow, and then she would fall into his arms!

The next day dragged by for the infatuated Carlos, and he had trouble concentrating on his work. But at last he was free and running the few blocks to his home to change into a suitable outfit.

He could barely contain himself, and he reached the cemetery a few minutes early. She was not there yet, so Carlos entertained himself by picturing his beautiful bride in their new home. Suddenly she was there in front of him, the moonlight sparkled off her veil. Carlos was enchanted.

They talked for hours, standing in front of the graveyard. She was as witty as she was beautiful, and Carlos begged her for a date.

“We will go out tomorrow night,” she said. “I will send you a letter with the place and time.” Carlos kissed her hand and floated away, so happy he wanted to sing for joy.

Carlos was absolutely useless at work the next day. After work, he rushed home and found a letter in his mailbox. Eagerly he read it, not pausing to wonder how she knew where he lived. Then he ran next door to show it to Diego, his closest cousin.

Diego went pale when he read her signature, Rosa Gonzale. This must be the same Rosa that died in a car crash last year. Diego tried to warn Carlos, but Carlos was already in love.

That night as Carlos hurried to the cemetery Diego followed, certain that his cousin was in over his head. Carlos bounded over to Rosa. “At last, we go out!” he cried to her. “But first, my love, show me your face!”

At his words, Rosa pulled aside the veil. Back at the gate, Diego gave a gasp of shock, for she had the desiccated face of a skeleton. He was frozen to the spot by the power of the evil specter, unable to warn Carlos. Looking down, Carlos only saw the glamour the ghost was projecting. As the skeleton’s withered arms trapped him, the veil on his eyes was lifted and he realized in one heart-stopping moment the abomination he was kissing. The ground opened up, and with a laugh of triumph, the specter pulled him down and down into her tomb. The earth closed over Carlos and Rosa.

Diego, freed from the ghost’s spell, ran into the cemetery, shouting his cousin’s name in terror. But it was too late. Carlos was dead—locked for all time in Rosa’s arms.