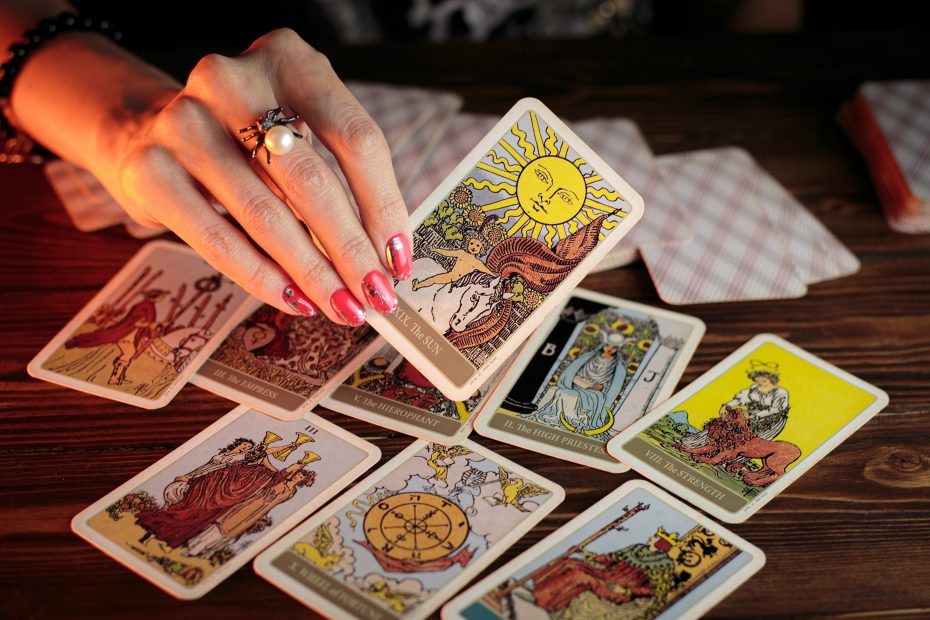 She was nervous and excited as she approached the psychic’s store.  Normally, she didn’t go in for fortune telling.  But her best friend had visited the psychic a few months ago, and everything the woman had predicted came true.  Everything!  The new boyfriend, the new job, the marriage proposal, a small win in the local lottery.  Obviously, the psychic was a genius!

The room she entered was surprisingly open and pleasant.  She smelled coffee in the air, and fresh flowers were on a stand by the window.  She smiled to herself.  Somehow, she had pictured an old gypsy caravan and a dark-haired woman in flowing robes.  But the pert, crisp woman approaching her did not look psychic at all.

They sat down at the table, and the woman did a reading of her palm.  The psychic frowned a bit in concentration.  Then the psychic asked if she would like a Tarot card reading too — free of charge.  That was different from what had happened to her best friend.  For a moment she felt a trace of unease.  Then she shrugged and said okay.

The psychic studied the cards carefully.  Then she looked at her palm one more time.  Finally, the psychic looked up into her eyes, realized that she was feeling nervous, and said soothingly:  “Your future is very clear, my dear.  I’ve recently changed my policies, and now put my predictions in a sealed envelope for my customers to read in the privacy of their homes.  It is to show customers my credibility in the psychic arts — that I am not “reading their expressions”, but have truly seen something in the palm and cards.”

She blinked a bit, but was impressed.  It made sense, after a fashion.  The psychic had asked her no questions at all, just read her palm and the cards.  So any prediction she put in the envelope would be proof of her powers.  The psychic hurried into a back room, where she could hear the faint sound of pen and paper.  Then the woman returned with an envelope.

“Thank you,” she said to the psychic, and shook her hand.   Then she hurried out to the car, eager to get home and read the predictions in the envelope.  What would they be?  A rich husband?  A career change?  Travel to exotic places?

She had just pulled out into the fast lane on the highway when a semi-truck swerved to miss a careless sedan that pulled into the lane right in front of it.  She had a single glimpse of a massive shape coming toward her when the truck slammed into her car, crushing it completely against the cement divider.

When the girl’s body was removed from the wreckage, the envelope was found lying beside her.  It was presented to her grieving parents, who opened it.  The note inside contained four words:  “You have no future.”

Author retelling: This is a unique author retelling of this folktale. This version of the story is copyrighted to S.E. Schlosser. See the Permissions page for information on reprints.