The Fighting Roosters and the Eagle 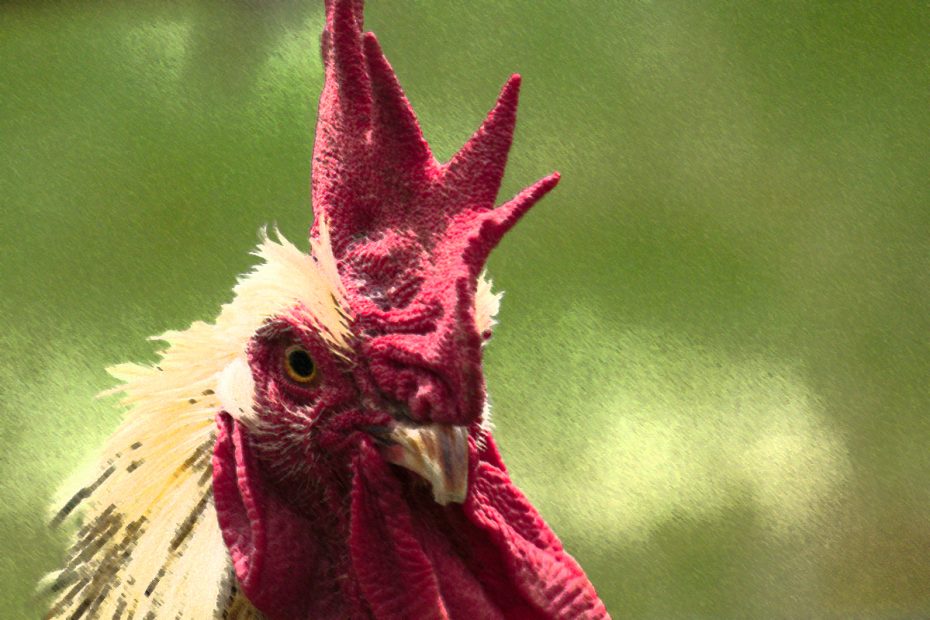 “That’s it!” Black Rooster crowed to himself when he spotted Red Cock flirting with the hens again.  “I’ve had it with that impudent Rooster.  I am the Master of the Farm Yard, not him!”

Black Rooster threw back his head and crowed loudly: “Cock-a-doodle-doo!  I will fight you.”

Red Rooster turned around slowly, fluffing out every feather on his body as he moved.  “Oh yeah?  Just try it,” he replied.

The hens squawked and gabbled as the two Roosters flew toward each other.  They huddled together as the Roosters pecked and kicked and pounded one another with outstretched wings.  Feathers flew everywhere.

“I won!” Black Rooster crowed in delight.  “I won!”  He threw out his chest and flapped mightily.  Then he flew up to the top of a high wall and stretched his wings to their full length, calling exultantly at the top of his voice.  “I am the WINNER!”

High above the farm yard, Eagle floated lazily on an updraft.  His keen eye was searching for his next meal, when he spotted Black Rooster dancing atop the high wall.  His keen ear heard Black Rooster crowing in triumph.  “Ah ha! Dinner at last,” said Eagle, folding his wings and diving toward the ground.

“I won!  I won!  I, the mighty Black Rooster, have won!”  Black Rooster strutted and danced on the high wall above the farm yard.  Beneath him, the hens cackled wildly and flattened themselves on the ground as a shadow blotted out the sky.

“I wo….”  Black Rooster’s triumphant crow was cut off as Eagle snatched him off the wall and carried him away in his mighty talons.

Red Rooster peered anxiously from his corner and saw Black Rooster floating away in the Eagle’s grasp.  A few black feathers cascaded down onto the head of a broody hen sitting on a nest in the shade of the wall.

Red Rooster shook his feathers into place, gave his wounded shoulder a quick preen, and strutted out into the farmyard.  “You may have won, but I am Master of the Farm Yard,” he called after the retreating black speck floating skyward in Eagle’s talons.  And all the hens, strutting back into the yard to feed, happily agreed,