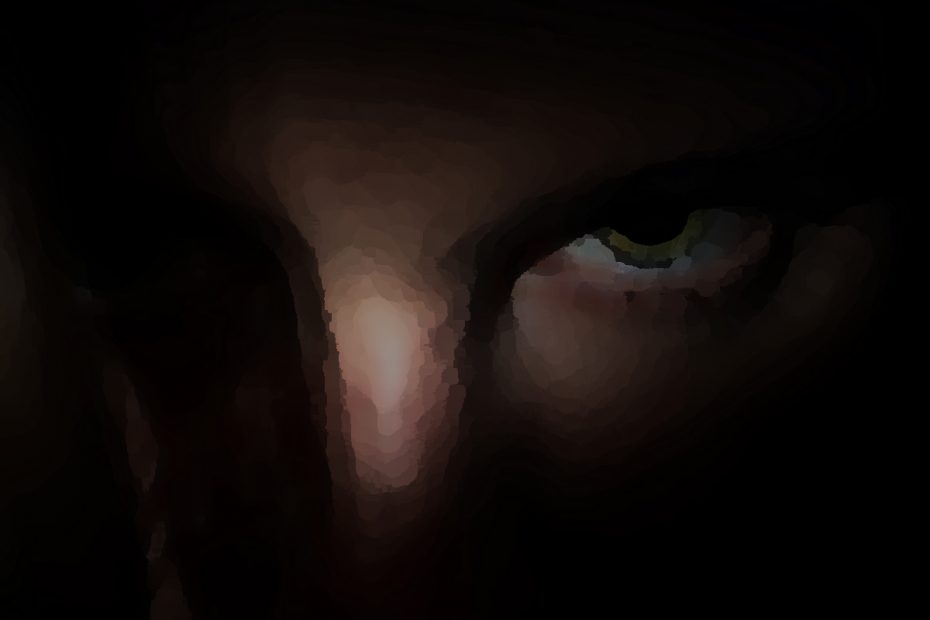 
The medical student toppled into love as soon as he set eyes on Sheila, the beautiful new transfer student.  She had masses of long black hair and eyelashes so long they got tangled in her curls when she leaned over her desk.   The medical student had a withdrawn nature, though not by inclination.  He’d learned the hard way that people avoided him when they heard about his insane father; locked away in an asylum.  But he had to overcome his taciturn nature or risk losing Sheila to one of the other fellows that panted after her.  So the medical student volunteered to tutor her Sheila in one of her classes.   After that, it was easy.  Sheila toppled into love with the medical student as madly as he was in love with her.  They went everywhere together, hardly bearing to part for classes.


The medical student lived in a bubble of joy, until the day he saw Sheila speaking to a good-looking fellow who lived in the same dorm.  They were laughing together over something one of their professors had said in history class, and a shaft of sheer jealousy pierced the medical student’s gut.  How dare she laugh with another man?  He confronted his Sheila with her perceived trespass, and she stared at him incredulously.  “You’re crazy!” she said.  He winced, reminded of his father, and shouted insults at Sheila until she stalked off in a rage.


They made up over dinner, and things were fine for awhile, until the medical student saw Sheila borrow a pen from a handsome blond fellow at the library.  That set him off again.  They hissed angry words at each other until the librarian kicked them out.  The medical student huddled on the narrow bed in his dorm room until black anger gave way to common sense.  He called Sheila and apologized.  She accepted his apology, and they were back together.


The medical student was scheduled to take Sheila to a local dance on Friday night, so he rushed back to the dorm to dress in his best.  As he turned to leave, the medical student noticed that a scalpel had fallen out of his medical bag and lay haphazardly on his desk.  He thrust it carelessly inside the bag and to went to pick up his girlfriend and escort her to the dance.


The couple had a fabulous evening; dancing and drinking and eating.  They left the party around midnight and walked hand-in-hand back to his dorm room for a nightcap.  When they reached the entry way, Sheila veered off for a moment to ask a red-haired fellow from one of her art classes about an assignment that was due the next day.  The medical student was instantly filled with gut-gnawing jealousy.  When Sheila rejoined him, he hustled her upstairs to his room and shouted:  “You flirt with every man you meet, you tramp!”


“You are crazy!” Sheila shouted back.  “Stark raving mad!”


The boyfriend saw red.  “Don’t call me mad,” he said, his hand groping for the loose scalpel in his medical bag on the desk.  When the mists cleared from his eyes, Sheila lay dead at his feet, her throat cut from ear to ear.  The whole room was covered with red gore and her masses of black hair lay in a pool of steaming blood.


The medical student’s brain went into overdrive.  Hide the body.  Clean up the blood.  Invent an alibi.   But first...  He stared at the dead girl he had loved so much, then he knelt beside the body and slowly cut off her face.  He wrapped the face carefully in plastic before putting it in his desk drawer.  Then he cleaned up the blood and hid the body in a tunnel near the laundry room.


The next morning, the medical student told his roommate Sheila had broken up with him and gone home in a snit without finishing her classes.  The roommate accepted the story without question, and didn’t appear to notice the way the medical student peered obsessively inside his desk drawer.


The medical student finally tore himself away Sheila’s face to attend his 11 o’clock class.  When he returned at lunchtime, he found his roommate leaning out of the open window, looking ill.  “I think I have flu.  I’d best run to the pharmacy and pick up something for it,” the roommate said when he came in.


“Want me to take a look?” the medical student asked, reach
ing for his bag.


His roommate turned white:   “No!  Thank you!  Don’t bother,” he gasped, practically running from the room.


The medical student shrugged in exasperation, peered into the drawer at Sheila’s face, and settled down to work on a paper he had due next week.  Downstairs, his roommate was on the phone with the police.


The medical student went ballistic when the police came with a warrant to arrest him.  They manhandled him out of his chair while a grim-faced officer took a look in the desk drawer.  When he saw the dead girl’s face, the officer swore violently and vomited on the floor.


The medical student was placed in the asylum with his father, who was locked away in a padded room next door.  Every day, while his enraged father tried to kill his attendants, the bereft boyfriend wept and stared out the window; seeing Sheila’s lovely face in the branches of a nearby tree.  The face seemed to sway to the rhythm of his father’s fists as his insane parent pounded and pounded at the walls.


Back in the dorm, the ghost of a young girl in a blood-stained dress still floats along the hallways, searching for her face.


You can read more ghost stories by in Spooky Indiana.