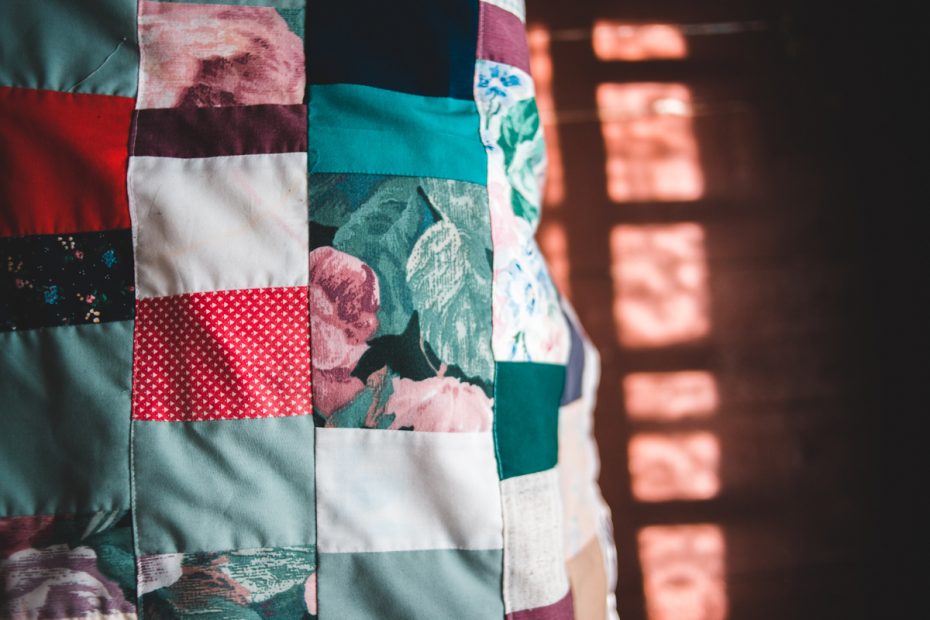 Now this girl made her husband a quilt using pieces from a shirt he wore during their first big argument. She called it the cussing quilt and it was one of the finest she ever made. One day, she got real sick and even the doctor couldn’t save her. On her death bed, she made her husband promise two things: He had to keep her quilts in the family, and her quilts should never be put on a metal bed.

The feller gave his solemn promise, but he didn’t keep it. When he brought home a new wife home, she insisted on using a metal frame for their bed. The first night it got cold, the new wife got out the cussing quilt, and she put it on that metal bed. Around midnight, the new wife woke up all a-shiver and saw a ghost hovering over her. It was the feller’s first wife.

Suddenly, a bolt of lighting smashed down into the bedroom. The new wife was knocked clean out of her senses. When she came to, she found her husband’s body lying on the floor. He’d been charred to a cinder by that lightning bolt and the metal bed was nothing but a pile of ashes. But there wasn’t a scorch mark on the cussing quilt. And you know what else was strange? There weren’t any thunderstorms in Cades Cove that evening.