Storm Ship of the Hudson 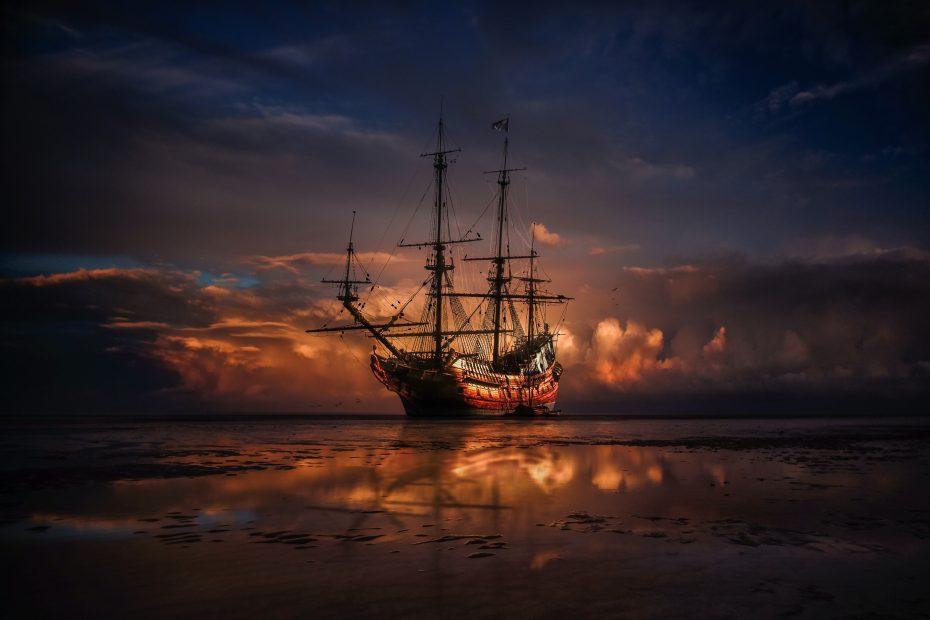 It was noised about New Amsterdam, two hundred years ago, that a round and bulky ship flying Dutch colors from her lofty quarter was careering up the harbor in the teeth of a north wind, through the swift waters of an ebbing tide, and making for the Hudson. A signal from the Battery to heave to and account for herself being disregarded, a cannon was trained upon her, and a ball went whistling through her cloudy and imponderable mass, for timbers she had none.

Some of the sailors talked of mirages that rose into the air of northern coasts and seas, but the wise ones put their fingers beside their noses and called to memory the Flying Dutchman, that wanderer of the seas whose captain, having sworn that he would round Cape Horn in spite of heaven and hell, has been roaming the bleak coast and elsewhere for centuries, being allowed to land but once in seven years, when he can break the curse if he finds a girl who will love him. Perhaps the captain of the Dutch storm ship carried a similar burden? None of the local sailors was willing to board the Storm Ship to ask.

The ghost ship lingered long in the Hudson River following its first dramatic sighting. It lurked about the foot of the Palisades and Point-no-Point, cruising through Tappan Zee at night whenever a gale came up. The Hudson being four miles wide at Tappan, squalls have space enough to gather force; hence, when old skippers saw the misty form of a ship steal out from the shadows of the western hills, catching the moonlight on her topsails, but showing no lanterns, they hastened to windward and dropped anchor in preparation for a storm.

On summer nights, when falls that curious silence which is ominous of tempest, the storm ship was not only seen spinning across the mirror surface of the river, but the voices of the crew are heard as they chant at the braces and halyards in words devoid of meaning to the listeners.