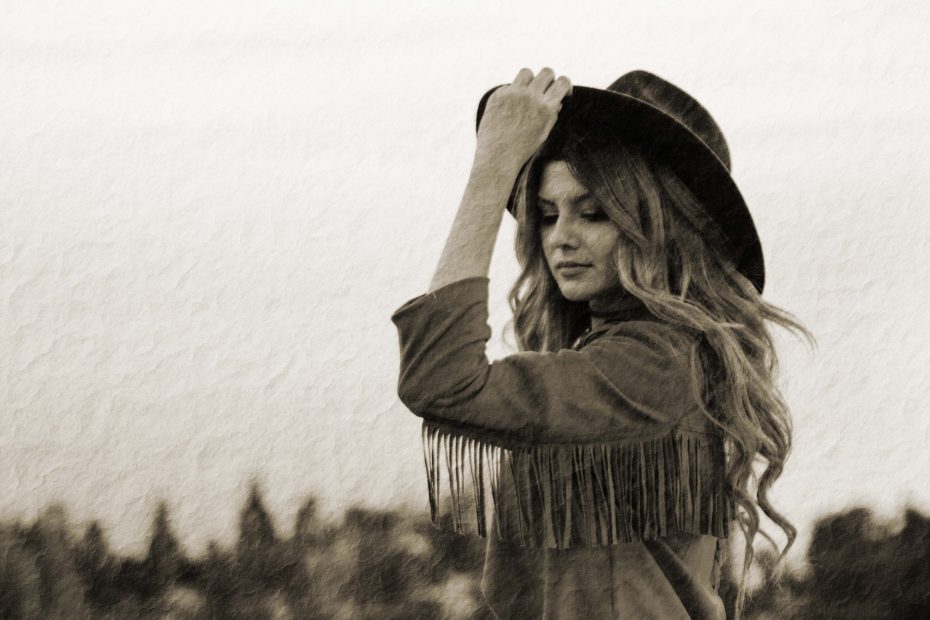 Davy Crockett done married the prettiest, the sassiest, the toughest gal in the West, don’t ya know! Her name was Sally Ann Thunder Ann Whirlwind and she was all that and then some! She was tougher than a grumpy she-bear and faster than a wildcat with his tail on fire and sweeter than honey, so that even hornets would let her use their nest for a Sunday-go-to-Meeting hat.

Naturally, Davy Crockett was proud of his wife and liked to boast about her skills. “Yes sir, she can wrestle an alligator until it gets down on its knees and begs for mercy,” he told everyone. Well, Mike Fink, that tough old Mississippi roarer, snag-lifter, and flatboat sculler, took a dislike to Davy Crockett’s boasting about his wife (maybe on account of his wife weren’t half so tough), and he tried seven ways to Sunday to scare her good and proper. ‘Course, Sally Ann Thunder Ann Whirlwind Crockett didn’t pay any attention to his antics, and Davy Crockett about laughed ’til he busted to see Mike Fink trying to pull a fast one on her.

Finally, Mike Fink bet Davy Crockett a dozen wild-cats that he could scare Miz Crockett until her teeth came loose and her toe nails went out-of-joint. Davy Crockett figure this was an easy win, so he took the bet.

Well, Mike Fink took the skin of a mighty big alligator and wrapped it around himself. Then he crept into the bushes and waited until Sally Ann Thunder Ann Whirlwind Crockett came strolling by for her evening walk. Mike Fink leapt out of the brush and started a growling and a howling and roaring so loud he about scared himself out of his wits. But not Miz Crockett; no sir! She put her hands on her hips and smirked at that raging critter like it was a misbehavin’ child.

That made Mike Fink pretty mad. He was determined to scare the wits outta Sally Ann Thunder Ann Whirlwind Crockett if it was the last thing he did. He stretched out the claws on that ‘gater skin and started walking toward Miz Crockett, reaching to pull her into its deadly embrace. Now it was Sally Ann Thunder Ann Whirlwind Crockett’s turn to get mad.

“Don’t you be fresh!” she told that crazy critter. She gave his a glare so full of lightning that it light up the sky from here to California, but Mike Fink kept a-coming ’cause he was determined to win the bet.

Sally Ann Thunder Ann Whirlwind Crockett took out a small toothpick that she carried with her to keep her smile all clean and pretty after she ate. She jest lit out with that toothpick and knocked the head right off that alligator skin. It whirled up and away about fifty-feet into the air, and it took all the hair on top of Mike Fink’s head right along with it. So now Mike Fink was left standing in front of Miz Crockett with a half-bald head and the remains of an alligator skin clutched around him.

Sally Ann Thunder Ann Whirlwind Crockett was not amused when she realized the famous Mississippi roarer was trying to scare the dickens out of her. She put away the toothpick, since she figured it gave her an unfair advantage, and proceeded to knock the stuffing out of Mike Fink until he fainted away in his alligator skin. Dusting off her hands, she glared down at his still form and said: “Good riddance!” and marched off to tell her husband the story. Davy Crockett laughed so hard he nearly split a gusset!

When folks asked Mike Fink how he got so busted up the next day, he told them he’d been chewed up and swallowed whole by an alligator. But he didn’t fool Davy Crockett none with this story, so he had to give him a dozen wild cats to pay off his bet.