Origin of the Wind 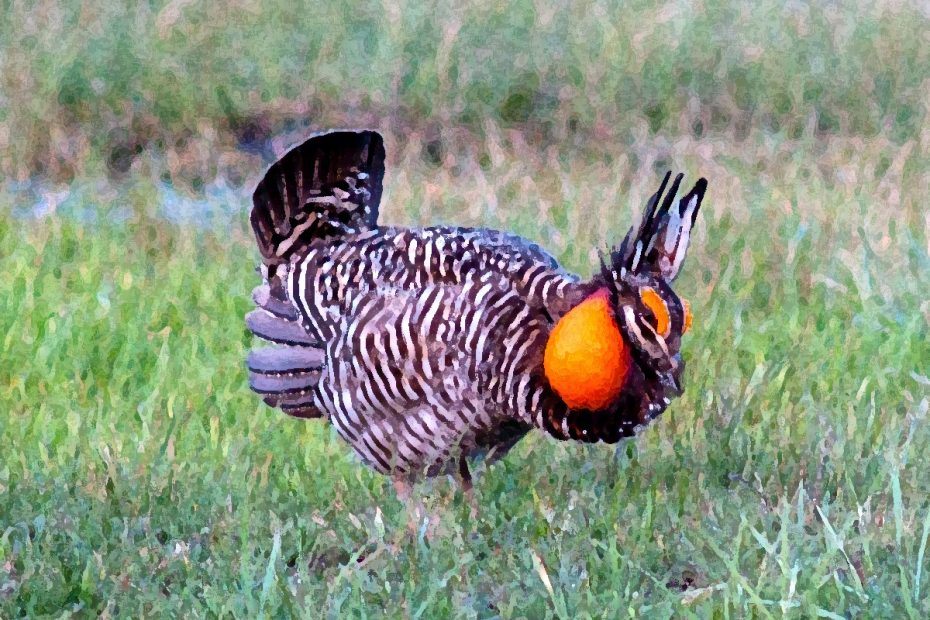 A Tale of the Blackfoot Nation

Napioa, who made the Earth, at one time had with him the wolf as his companion. He also had with him an owl, which he employed to look for things for him when it was dark. As he was travelling around he saw a lodge in which were a man and a woman. In this lodge were two bags; one contained the winter and the other the summer. He told the owl to look in and see what there was inside the lodge, and when he looked he saw the two bags. Napioa said that he was going to place some months in each bag, and make the summer and winter of equal length. But he was unable to reach them because the woman stood guard over the bags with a long piece of ice in her hand.

Napioa was determined to gain possession of the summer and winter bags. He told the prairie chicken to steal the bags. It snuck into the lodge, got hold of the summer bag and ran out of the lodge. Furious at the theft, the man and woman gave chase.

Desperate to escape the man and woman, the prairie chicken hid in the long grass. The man and woman cut the long grass to get the bag. The frightened chicken clung close to the earth, but part of the extremity of its body was chopped off by the knives. During the struggle the bag burst with a very strong gust of air which became the world’s very first wind.

Some time after this, Napioa, having burnt himself, was anxious for a wind to blow to cool himself. He went up to the top of a mountain and began making medicine, and the wind soon began to blow. It blew so hard that he had to hold on to the bushes, but they were torn up by the roots. At last he caught hold of a birch tree and firmly clung to it, so that by the force of the wind and his weight marks were forever left upon the bark of the tree.

Citation: The Journal of American Folk-Lore. Vol. VI. – July-September, 1893 – No. XXII. This article is in the public domain and is part of the cited work.