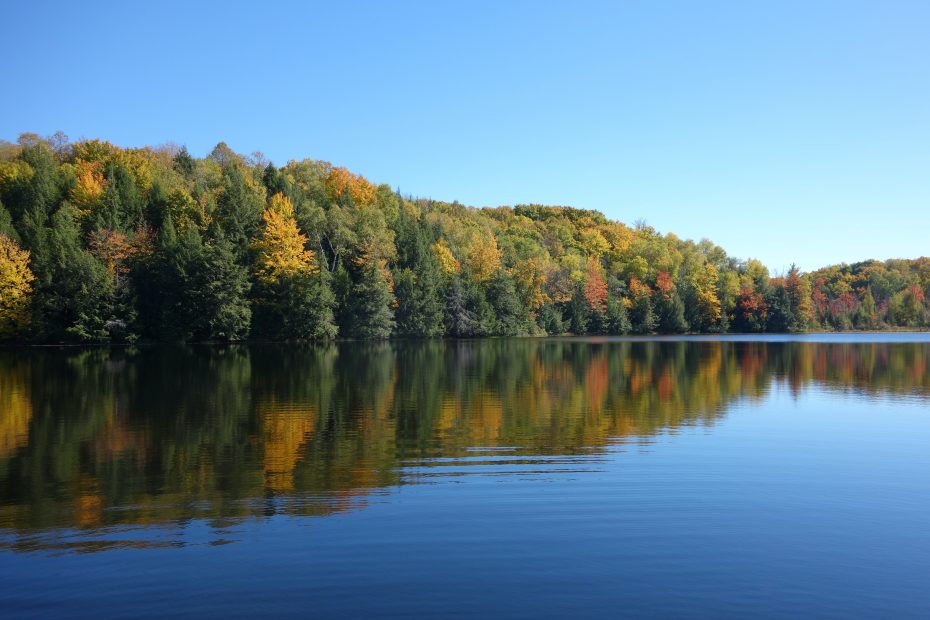 A Tale of the Seneca

Waneta, daughter of a chief, had plighted her troth to Kayuta, a hunter of a neighboring tribe with which her people were at war. Their trysts were held at twilight on the farther shore of the lake from her village, and it was her happiness, after these meetings had taken place, that roused the suspicion and jealousy of Weutha, who had marked her for his bride against the time when he should have won her father’s consent by some act of bravery. Shadowing the girl as she stole into the forest one evening, he saw her enter her canoe and row to a densely wooded spot; he heard a call like the note of a quail, then an answer; then Kayuta emerged on the shore, lifted the maiden from her little bark, and the twain sat down beside the water to listen to the lap of its waves and watch the stars come out.

Hurrying back to camp, the spy reported that an enemy was near them, and although Waneta had regained her wigwam by another route before the company of warriors had reached the lake, Kayuta was seen, pursued, and only escaped with difficulty. Next evening, not knowing what had happened after her homeward departure on the previous night, the girl crept away to the lake again and rowed to the accustomed place, but while waiting for the quail call a twig dropped on the water beside her. With a quick instinct, she realized this to be a warning, and remaining perfectly still, she allowed her boat to drift toward shore, presently discovering that her lover was standing waist-deep in the water. In a whisper he told her that they were watched and bade her row to a dead pine that towered at the foot of the lake, where he would soon meet her. At that instant an arrow grazed his side and flew quivering into the canoe.

Pushing the boat on its course and telling her to hasten, Kayuta sprang ashore with a whoop, and as Weutha rose into sight he clove his skull with a tomahawk. Two other braves now leaped forward, but, after a struggle, Kayuta left them dead or senseless, too. At that moment, he heard his name uttered in a shriek of agony from the end of the lake. Tired and bleeding though he was, he bounded along its margin like a deer, for the voice that he heard was Waneta’s. He reached the blasted pine, gave one look, and sank to the earth. Presently other warriors came, who had heard the noise of fighting, and burst upon him with yells and brandished weapons, but something in his look restrained them from a close advance. His eyes were fixed on a string of beads that lay on the bottom of the lake, just offshore, and when the meaning of it came to them, the warriors thought no more of killing, but moaned their grief; for Waneta, in stepping from her canoe to wade ashore, had been caught and swallowed by a quagmire.

All night and all next day Kayuta sat there like a man of stone. Then, just as the hour fell when he was used to meet his love, his heart broke, and he joined her in the Spirit land.