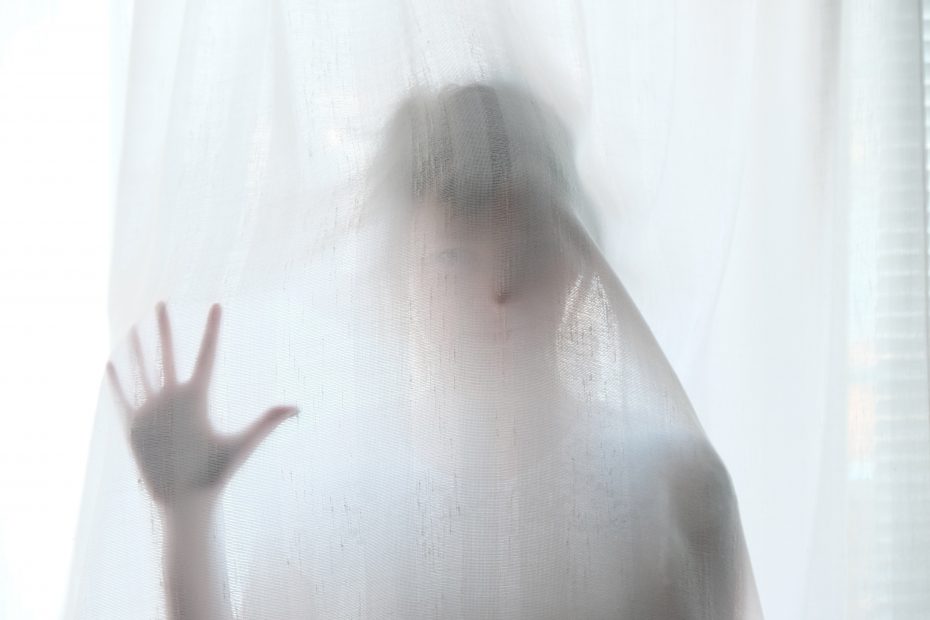 He was sulking a little, standing at the sidelines while all the other men danced with their pretty partners. His girl had not come to the dance that night. Her mother was ill, and so his girl had remained at her side. A fine pious act, he thought sourly, but it left him at loose ends.

His friend, Ernesto, came up to him between sets with a cold drink and some words of encouragement. “After all, Anita is not the only girl in the world,” Ernesto said. “There are many pretty girls here tonight. Dance with one of them.”

Bolstered by his friend’s words, he started looking around the dance hall. His eye fell upon a beautiful young girl standing wistfully at the edge of the floor beside the door to the terrace. She was dressed in an old-fashioned white gown and her skin was pale as the moon. Her dark eyes watched the dance hungrily from her position behind a tall fern, and he felt his heart beat faster. Such a lovely woman should be dancing!

He made his way through the bustling crowd and bowed to the girl in white. She looked startled by his addresses, as if she had not expected anyone to notice her that night. But she readily assented to dance with him, and he proudly led her out onto the floor for the next set, all thoughts of Anita gone from his mind.

Ernesto and some of his other friends gave him odd looks as he danced with the girl in white. A few times, the man opposite them bumped right into them as if he had not seen his partner at all. He was furious and wanted to stop the dance and make the man apologize to the girl in white, but she just laughed and hushed him.

When the dance was over, he hurried to get his fair partner a drink. Ernesto approached him at the refreshment table. “When I told you to dance, I meant with a partner,” his friend teased him.

“I was dancing with a partner,” he replied, irritated by his friends remark. “The loveliest girl in all of Mexico!”

“You’ve had too much to drink, my friend,” Ernesto replied. “You were dancing by yourself out there!”

He glared at his friend and turned away without answering him. Making his way back to the girl in white, he handed her a glass and asked her to stroll with him along the terrace. The night was beautiful, the sky full of stars, and he stared at the girl in white with his heart in his eyes as they stood looking out over the beautiful scene.

The girl in white turned to him with a sigh and said: “Thank you for the dance, Senor. It has been a very long time since I had such pleasure.”

“Let us dance again, then,” he said infatuatedly. But she shook her head.

“I must leave now,” she said, catching up her skirts with one hand and drifting toward the stairs at the side of the terrace.

“I must,” she said, turning to look at him. Her eyes softened when she saw the look on his face. “Come with me?” she invited, holding out a pale hand.

His heart pounded rapidly at the thought. More than anything in the world, he wanted to go with this lovely girl. And then his mind registered the fact that he could see the stone wall of the terrace through the girl’s hand. His desire melted away before the shock of that realization. He looked into her face again, and realized that she was fading away before his eyes.

At the look of horror on his face, the girl gave a sad laugh and dropped her hand, which was nearly transparent now.

“Goodbye,” she said, her body becoming thin and misty. “Goodbye.”

Then she was gone.

He gave a shout of terror when he realized he had been dancing with a ghost. He bolted from the premises, leaving his horse behind, and ran all the way home.

When Ernesto came the next day to bring him his horse, he told his friend the whole story. Ernesto whistled in awe. “You saw the spirit of Consuela, my friend,” he said. “She was the daughter of one of the local aristocracy who lived in this region more than a hundred years ago. She died of consumption the night before her first ball and they say her spirit sometimes attends the local dances, hoping to claim one of the dances that she missed.”

He shuddered at the thought of his dance with the ghost. “I will not be visiting that dance hall again,” he told Ernesto. “From now on, all my dances will be with Anita!”

And he kept his word.