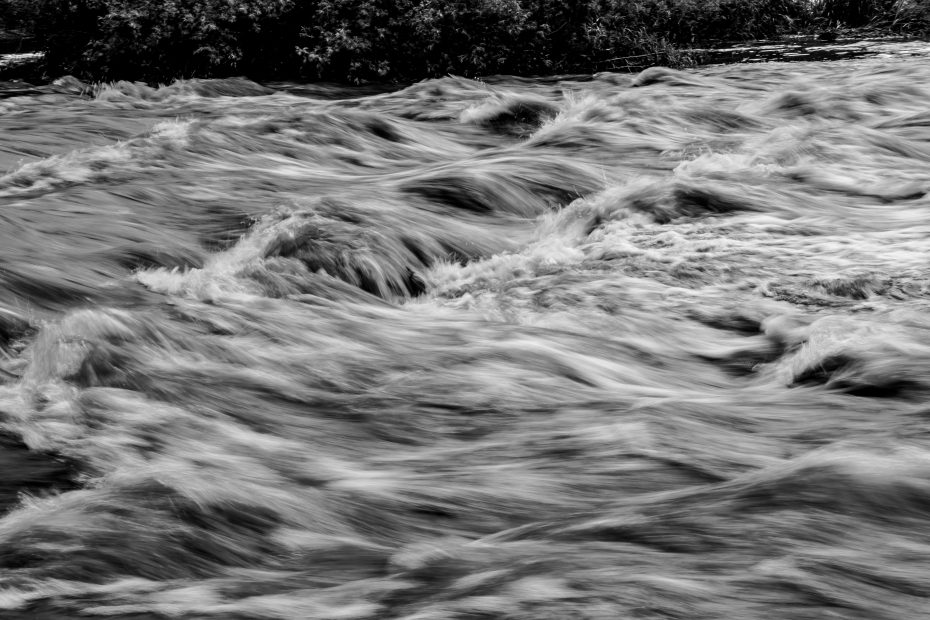 Well, the spring floods here in Vermont are mighty fierce, doncha know.  One young farmer named Tom got trapped one year when the river started rising near his place.  He watched the water creep up to his front porch, and then through the front door, and then on up the steps until he and his wife were trapped in their upstairs bedroom.

“Looks like we’re gonna have to get out on the roof, Mildred,” he told his wife, who was knitting placidly by the bed as their chicken coop drifted away passed the window with all the chickens squawking like there was no tomorrow.  Mildred put down her knitting, grabbed the end of a rope attached to the side of the hen house, and secured it to the shutter next to the window.  Then she sat back down in her rocker, picked up her knitting and said:  “Whatever you think best dear.  Or perhaps the bed will float?”

At that moment, Tom and Mildred heard voices shoutin’ to them from outside the window.  And up rowed their next door neighbors in their old boat.

“All your cows are safe over at our place,” called Fred.  “They came a-running up our hill when the water started rising, and your horse jest swam passed us on the way here.  We thought we should come and get ya afore your house floated away too.”

‘That’s mighty nice of ya,” said Tom as the water came lapping in through the bedroom door.  “We thought we’d have ta spend the night on the roof, doncha know.”

“Or float on over to yer place on the bed,” Mildred added, folding up her knitting, rescuing the cat from the top of the bed stead, and handing both out the window to her neighbors.

She climbed through after them and sat in the boat next to the neighbor’s wife.  Tom was half-way out the window himself when he was struck by a thought.  “Golly, Mildred.  We nearly left without Grandma’s moonshine.  How in heck are we gonna celebrate our rescue without it?”   So sayin’, he ducked back through the window and swam underwater all the way down to the cellar to fetch a couple of kegs of moonshine.

Once the booze was safely in the boat, Tom climbed in after it with four mugs clutched in his hands.  First things first, as everyone in the boat agreed.  Tom poured the moonshine into the mugs and handed them ‘round.  Then he raised his mug and said:  “To Fred and Mary!  The best dang neighbors a feller ever had!”  Mildred echoed the toast and everyone drank to the rescuers as the row boat bobbed merrily along the top of the roof.

Fred felt called upon to respond.  He riz up and stood on top of the bow of the boat.  As he climbed up the bow, the boat started rockin’ and pitchin’ like a frisky kitten, and the cat fell overboard.  Mary dove in after it, and they both came up yowling and sputtering.

“Here’s to Tom and Mildred,” Fred said, reaching out a hand to haul Mary back into the boat.  As they drank the second toast, the rope holdin’ the chicken coop broke an it floated downstream, hens squawkin’ protests all the way downstream.

After everyone had been toasted half a dozen times, they decided the rescue had been properly celebrated fer the moment.  Fred picked up the oars again, unhooked the boat from the chimney, and rowed crookedly downstream, followin’ the squawking chickens.  They found the chicken coop stuck against a large pine tree.  Tom tied the coop to the back of the boat while Mildred swarmed her way clear to the top of the tree to rescue the rooster.  Then Fred rowed Tom and Mildred to safety, while Mary poured them all another drink of Grandma’s moonshine.

All in all, it was as fine a rescue as ever was made, they all agreed afterward.  And the best save of the day was Grandma’s moonshine, doncha know.