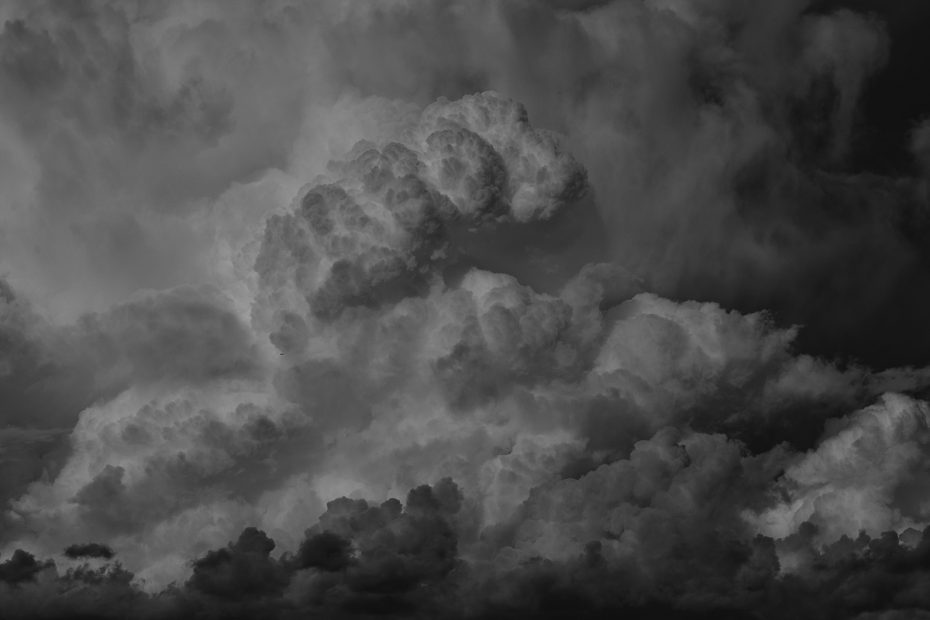 They say that the Catskill Mountains was once the home of a giant monster that fed on human beings until the Great Spirit turned it to stone one evening as it was traveling to the ocean to bathe. The bones of the monster became a new mountain and rainwater filled the eye sockets, forming two lakes near the summit.

At the peak of this mountain lived the Catskill witch who managed the weather for the whole of the Hudson Valley. It was she who let out the day and night in; holding back the one when the other was at large so they would not conflict. She cut up the waning moons to use as stars as soon as she had hung the new moon in the sky. She could sometimes be seen perching on North Mountain, spinning clouds and flinging them to the winds.

Woe betide Hudson Valley residents if they showed the Catskill Witch irreverence, for then the thick black clouds she spun held thunderstorms, and through them she poured floods of rain and launched the lightnings, causing disastrous flooding in the streams and blasting the homes of the mockers.

When she was happy, the Catskill witch would take the form of a bear or deer and lead hunters in a merry dance, vanishing when they drew near or assuming some terrible shape if they overtook her. Sometimes she would lead them to the cliffs and would leap into the air with a mocking “Ho, ho!” as they stopped short on the brink of an abyss.

Garden Rock was a spot where the Catskill witch was often found, and at its foot a lovely lake once spread. This magical place was held in awe by the locals, and no hunter would never wittingly pursue his quarry there. The witch kept magic water gourds in this place, which she used to summon the rain. Sometimes she would cut a piece off a gourd and bury it in the ground. Immediately, cold water would bubble up to the surface to form a new spring.

One day, an unfortunate hunter lost his way and emerged from the forest at the edge of the lake at Garden Rock. He looked about in fear and awe, and saw several magic gourds stored in arms of the trees. Tempted by the thought that he could control the rain with such a gourd, the man crept to the tree and removed one. The small gourd was so heavy he almost dropped to his knees, arms straining to carry such a weight.

Cursing to himself, the hunter staggered away from the tree, knowing he was leaving footprints behind but unwilling to release his pride. Suddenly, he stumbled over a small stone and fell on his face. The gourd rolled out of his arms and smashed open at the feet of the Catskill witch, who had been observing the hunter from behind a nearby bush. At once, a spring welled from the flesh of the magic gourd.

At a word from the angry witch, the newly formed spring flowed with such volume that the unhappy hunter was engulfed in its waters, swept to the edge of cliff and dashed on the rocks two hundred and sixty feet below. Nor did the water ever cease to run, and the stream born of the witch’s revenge is known as Catskill Creek.