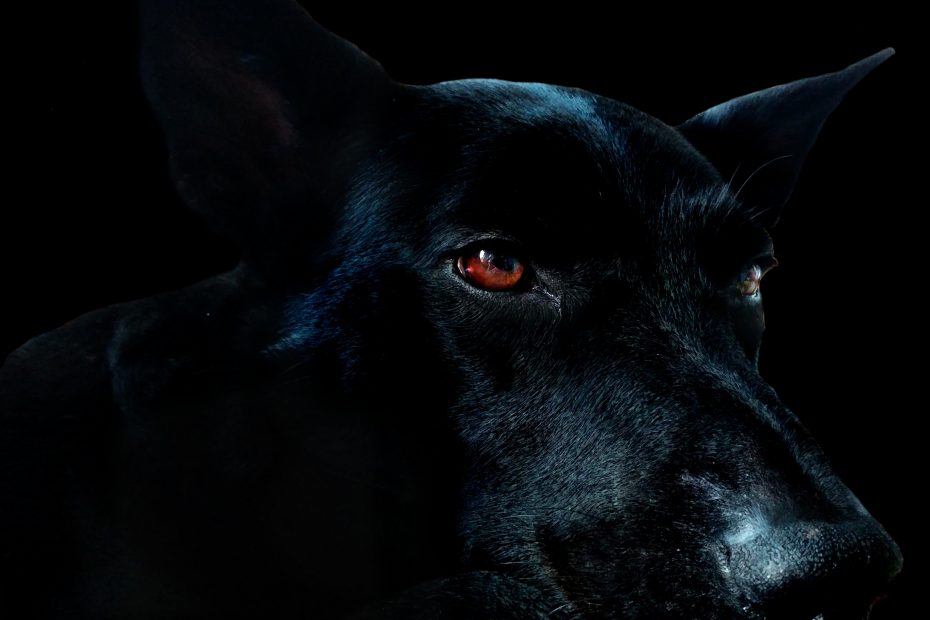 He smiled as he sipped at his coffee. It had been an excellent hike. He was glad his friend had recommended coming to the Hanging Hills in Connecticut; not the first place that had come to his mind when considering a vacation. But it was beautiful here. When his friend arrived tomorrow they would tackle some of the more challenging terrain.

“Did you have a nice hike?” asked the innkeeper as she refilled his cup.

“Yes indeed. I had some unexpected company,” he said with a smile.

“Really? I thought you were the only one crazy enough to go hiking in the rain,” she teased.

“It was a little black dog,” he said. “Cute fellow. Followed me all the way up the mountain and down again.”

He looked up from his coffee to see the innkeeper’s face had gone pale.

“That’s what Mr. Pynchon said. He saw the black dog twice. The second time he saw the dog, the friend he was climbing with fell to his death. And later, Mr. Pynchon decided to climb the same mountain, and he died too. Everyone here believes he saw the dog just before he fell.”

“Nonsense. It was just a cute stray,” he said uneasily. She shrugged and took the coffee pot over to her other customers.

His friend arrived the next morning and they both laughed about the story of the black dog. They set out on their climb. About halfway up the mountain, he looked up and saw the black dog.

“There’s the dog,” he called to his friend.

And then his foot slipped and he plunged down the side of the hill, desperately grabbing at saplings and rocks, trying to halt his descent. It seemed to take forever for him to stop sliding. There was a stabbing pain in his leg. When he looked at it, his head swimming, it was bent at an odd angle. They had to send in a mountain rescue team to get him down. At the hospital, they told him his leg was broken in two places and he was very lucky it wasn’t worse.

“You know, that was a very strange fall,” said his friend uneasily. “You don’t really think it had anything to do with that black dog?”

He looked down at the cast that extended all the way up to his hip.

“I don’t know. But I don’t really want to find out. Next time, let’s go to Colorado.”

You can read a longer version of this spooky Connecticut ghost story in Spooky New England by S.E. Schlosser.