When Felix Agnus put up the life-sized shrouded bronze statue of a grieving angel, seated on a pedestal, in the Agnus family plot in the Druid Ridge Cemetery, he had no idea what he had started. The statue was a rather eerie figure by day, frozen in a moment of grief and terrible pain. At night, the figure was almost unbelievably creepy; the shroud over its head obscuring the face until you were up close to it. There was a living air about the grieving angel, as if its arms could really reach out and grab you if you weren’t careful.

Well now Paul Bunyan scouted around the north woods of Wisconsin for quite a while afore he found the perfect spot for his winter lumber camp. It was right next to a fast river, and Paul figured they could pile the logs up right next to it and come spring time it would be mighty easy to tumble the logs into the river and float ‘em down to the mill.

The Whistling River – so named because twice a day, it reared up to a height of two hundred feet and let loose a whistle that could be heard for over six hundred miles – was the most ornery river in the U.S. of A. It took a fiendish delight in plaguing the life out of the loggers who worked it.

One winter, Paul Bunyan came to log along the Little Gimlet in Oregon. Ask any old timer who was logging that winter, and they’ll tell you I ain’t lying when I say his kitchen covered about ten miles of territory.

One spring day, the loggers on the Wisconsin River discovered a huge log jam, the biggest they’d ever seen. The logs were piled about two hundred feet high and the jam went upriver for a mile or more. Those loggers chopped and hauled at the jam, but it wouldn’t budge an inch. So they called for Paul Bunyan to give them a hand.

Paul Bunyan and the Frozen Flames

One winter, shortly after Paul Bunyan dug Lake Michigan as a drinking hole for his blue ox, Babe, he decided to camp out in the Upper Peninsula. It was so cold in that there logging camp, that…

Well now, one winter it was so cold that all the geese flew backward and all the fish moved south and even the snow turned blue. Late at night, it got so frigid that all spoken words froze solid afore they could be heard. People had to wait until sunup to find out what folks were talking about the night before…

Now I hear tell that Paul Bunyan was born in Bangor, Maine. It took five giant storks to deliver Paul to his parents. His first bed was a lumber wagon pulled by a team of horses. His father had to drive the wagon up to the top of Maine and back whenever he wanted to rock the baby to sleep… 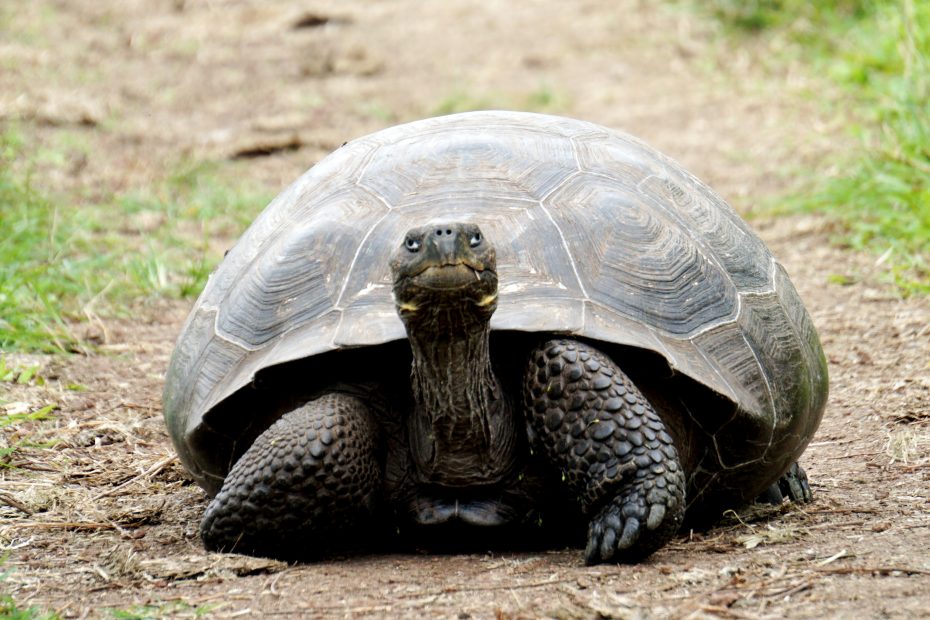 Rabbit and Terrapin met near the stream one morning. It was a lovely clear day, and they both basked in the warm sunshine and swapped some stories. Rabbit started boasting that he was the fastest runner in the world. Terrapin wasn’t having any of that! No sir! 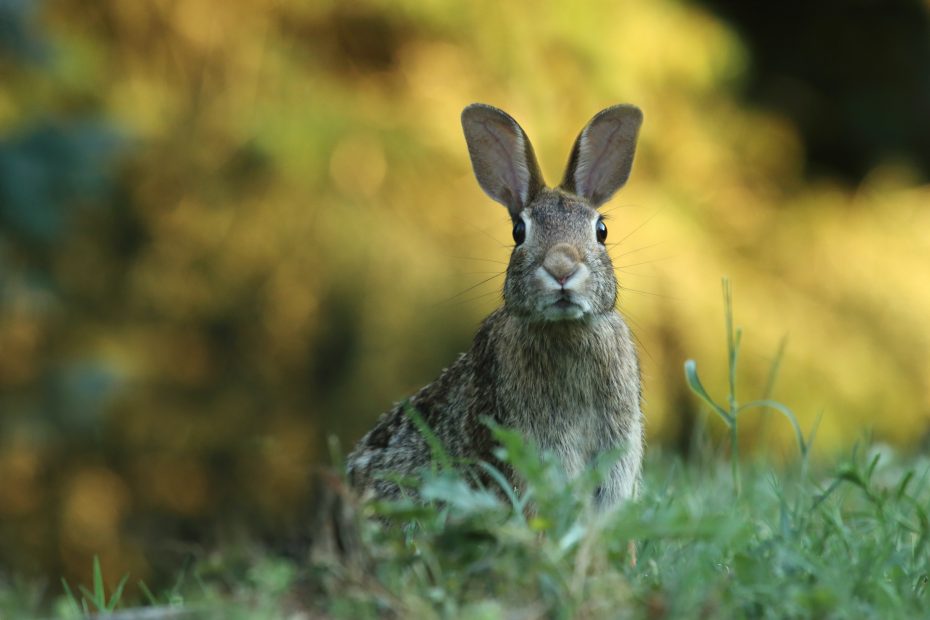 One fine morning, Brer Fox decided to plant him a patch of goober peas. He set to with a will and before you know it, he had raked and hoed out a beautiful patch of ground and he put in a fine planting of peas. It didn’t take too long before those goober vines grew tall and long and the peas ripened up good and smart.

Now Brer Rabbit was skipping down the road one day heading for his home in the briar patch when he spotted Sis Cow grazing in the field. It was a mighty hot day and Brer Rabbit was thirsty. Some milk would be real fine on such a warm afternoon, but Sis Cow always refused to let Brer Rabbit milk her when he asked. So Brer Rabbit thought up a plan.

Brer Rabbit Falls Down the Well

One day, Brer Rabbit and Brer Fox and Brer Coon and Brer Bear and a lot of other animals decided to work together to plant a garden full of corn for roasting. They started early in the morning and raked and dug and raked some more, breaking up the hard ground so it would be ready for planting. It was a hot day, and Brer Rabbit got tired mighty quick. But he kept toting off the brush and clearing away the debris ’cause he didn’t want no one to call him lazy. 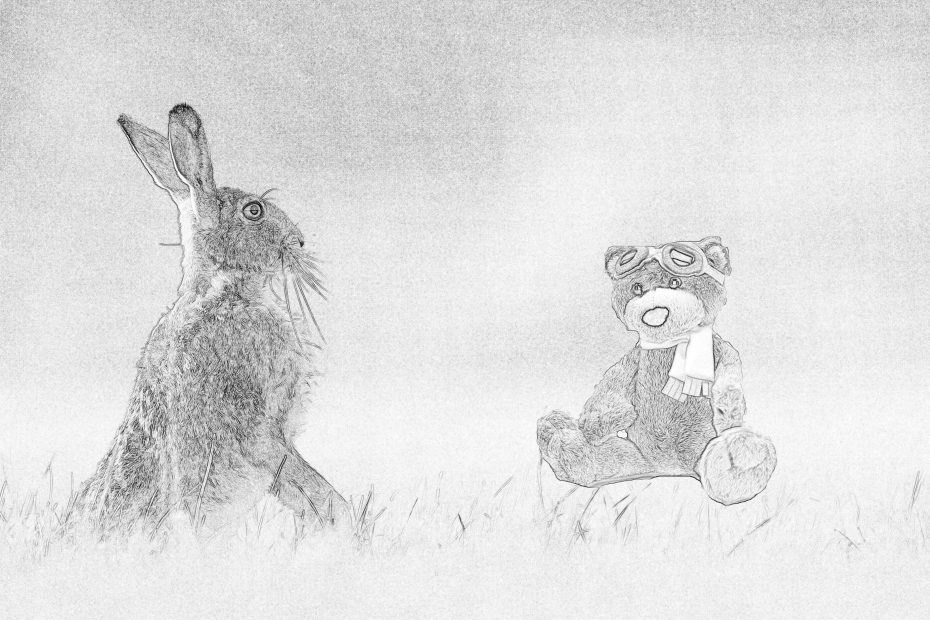 Brer Rabbit and the Tar Baby

Well now, that rascal Brer Fox hated Brer Rabbit on account of he was always cutting capers and bossing everyone around. So Brer Fox decided to capture and kill Brer Rabbit if it was the last thing he ever did! He thought and he thought until he came up with a plan. He would make a trap! Brer Fox went and got some tar and he mixed it with some turpentine and he sculpted it into the figure of a cute little baby. Then he stuck a scarf and glasses on the Tar Baby and sat it in the middle of the road.

What are some Spooky Tongue Twisters?

What are some Funny Tongue Twisters?

What are some Hard Tongue Twisters?

What are some stories featuring supernatural romance?

Folklore is full of tales of true love and loss, and of not-so-true love and its aftermath. And of course, in some stories, love goes terribly awry…. If you’re looking for a happy ending, you may want to go to the Disney channel. But if you want something thought-provoking (and sometimes downright chilling,) these stories are for you!

I don’t do battlefields. Oh, it’s not because I am against history. Nope, the truth is I’m psychic and I find battlefields…overwhelming is the best word I can come up with. The fact of the matter is, I don’t deal at all well with being psychic, having been raised in a family of scientists and “seeing is believing” kind of people. I was the only one on either side of my family who had any sort of ESP, and it made things rather difficult growing up. For instance, when my high school class took a trip to Gettysburg, Pennsylvania, I fainted as soon as I stepped out of the bus, overhelmed by the smells and sounds of the Civil War battle which I saw raging before my eyes. It was freaky. And embarassing. Pretty much the story of my life. Anyway, after that, I decided to avoid battlefields. 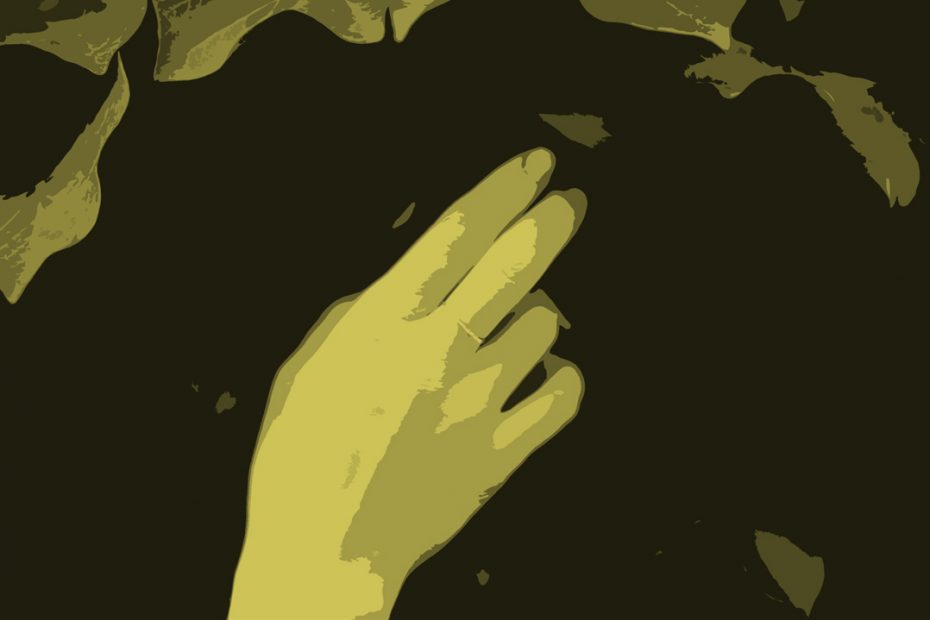 He never paid much attention to the neighbors living on his city block until the day the pretty middle-aged widow moved in two doors down from him. She was plump and dark with sparkling eyes, and she always wore dark gloves on her hands, even indoors. 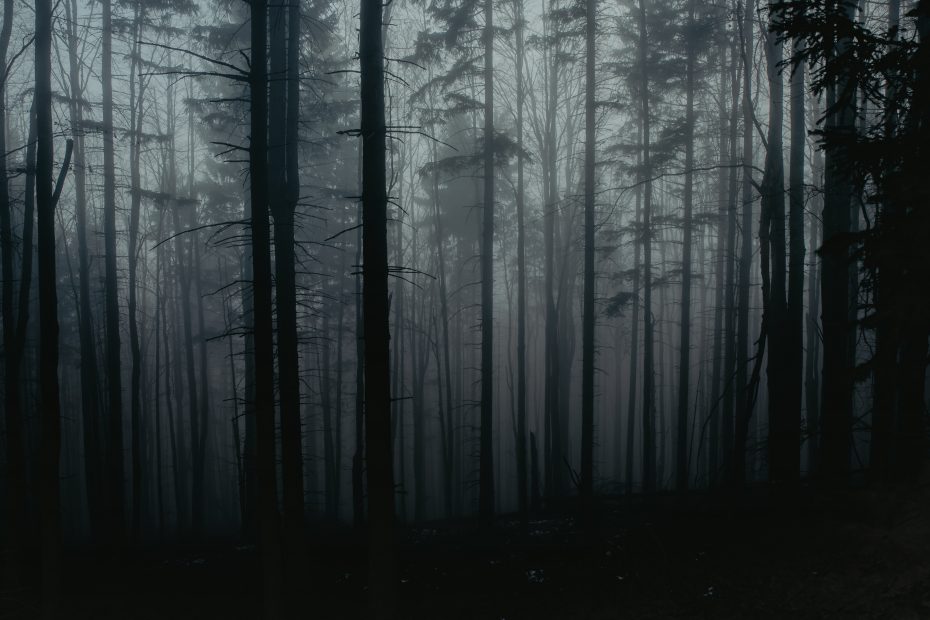 Once there was an old woman who went out in the woods to dig up some roots to cook for dinner. She spotted something funny sticking out of the leaves and dug around until she uncovered a great big hairy toe. There was some good meat on that toe which would make a real tasty dinner, so the old woman put it in her basket and took it home. 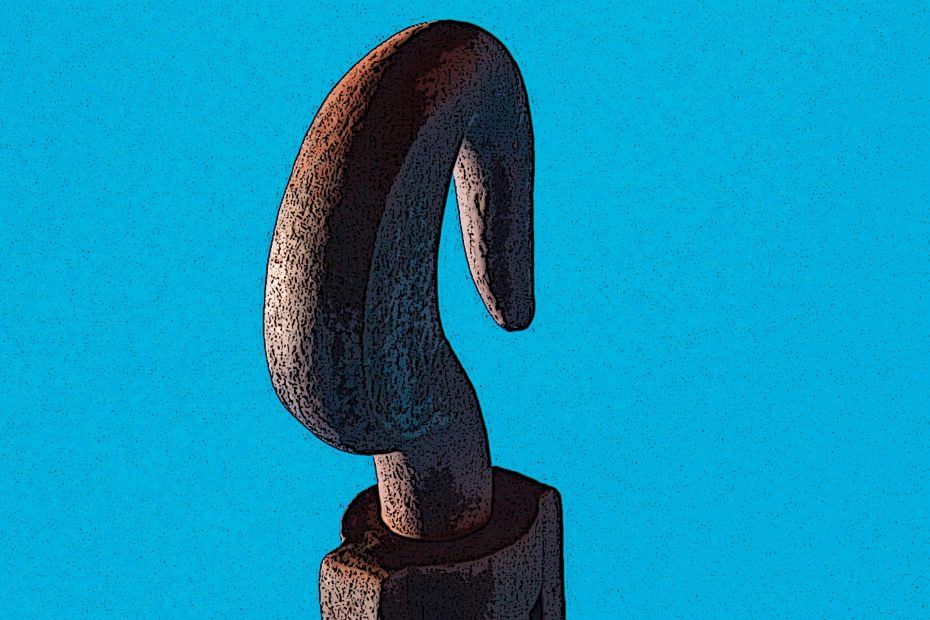 Excerpted from Spooky Campfire Tales The reports had been on the radio all day, though she hadn’t paid much attention to them. Some crazy man had escaped from the state asylum. They were calling him the Hook Man since he had lost his right arm and had it replaced with a hook. He was a killer, and everyone in the region was warned to keep watch and report anything suspicious. But this didn’t interest her.… Read More »The Hook

Don’t Turn on the Light

She commandeered the room in the basement of her dorm as soon as she realized she would have to pull an all-nighter in order to prepare for tomorrow’s final exam. Her roommate, Jenna, liked to get to bed early, so she packed up everything she thought she would need and went downstairs to study . . . and study . . . and study some more. 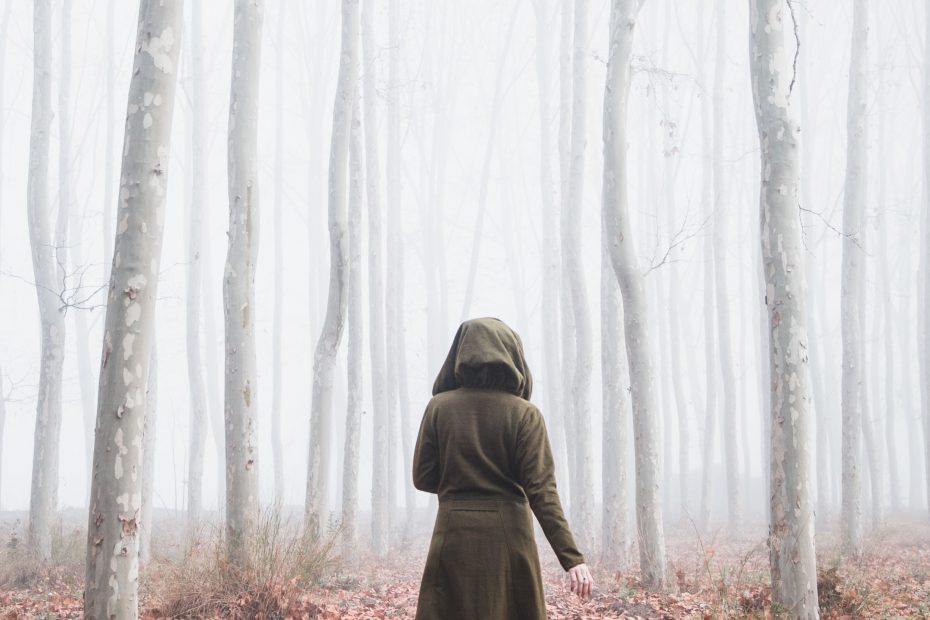 She lived deep in the forest in a tiny cottage and sold herbal remedies for a living. Folks living in the town nearby called her Bloody Mary, and said she was a witch. None dared cross the old crone for fear that their cows would go dry, their food-stores rot away before winter, their children take sick of fever, or any number of terrible things that an angry witch could do to her neighbors.

She was sophisticated, poised, and cultured. In retrospect, this should have made them suspicious. A teacher like her should be presiding over a girl’s school in London or New York, not seeking a position in a small town in Georgia. But at the time, they were too delighted by her application to ask any questions. 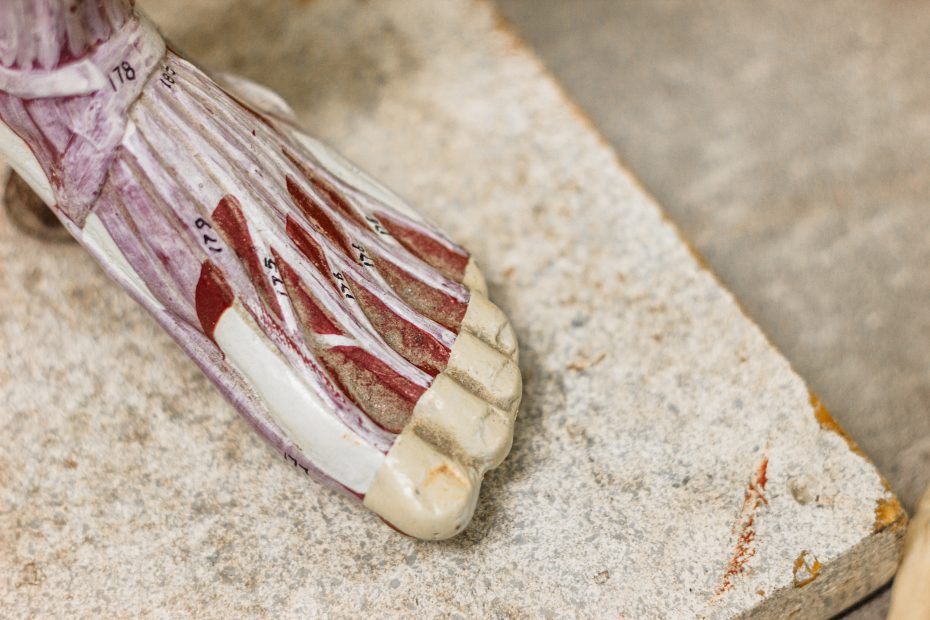 I found it extremely annoying that one of the bathrooms on my dorm was permanently closed. Especially since the cause was an urban legend. An urban legend, I tell you!

Polly was the sweetest, prettiest girl in Goldsboro, yes sir. All the local boys were chasing her, and quite a number of the fellows from the surrounding countryside were too. All the girls were jealous of Polly ‘cause they didn’t have no sweethearts to take them to the local dances. They all wanted Polly to choose her man so things could go back to normal. But Polly was picky. None of the local boys suited her, and neither did the fellows from the back country.