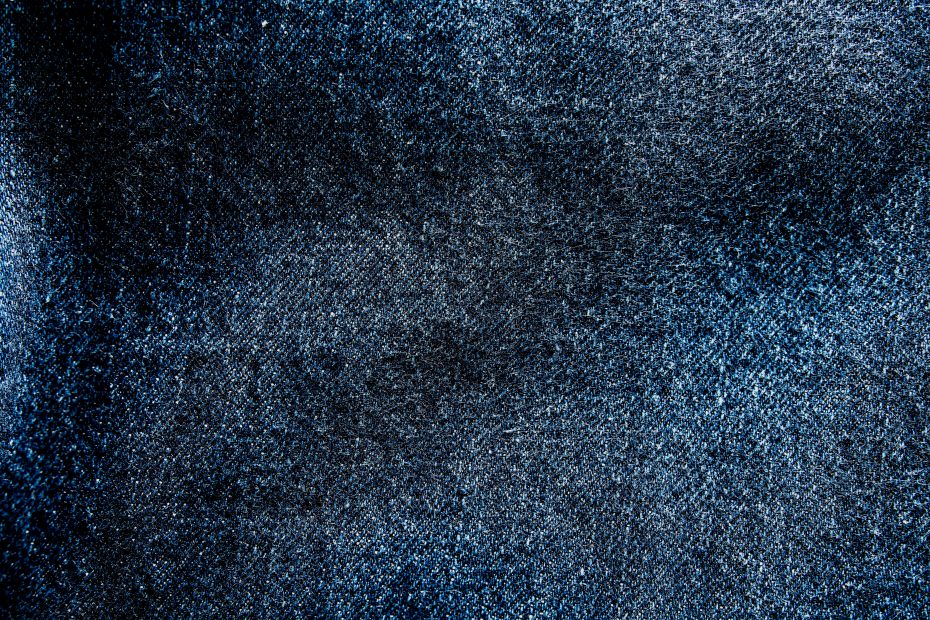 I asked my friend to come to my seaside cottage with me one weekend in early spring. I wanted to have it set in order for the summer, but I felt a trifle nervous at the idea of entering it alone. My friend was always ready for an excursion, so we left for the seaside immediately after breakfast.

My friend was surprised, upon our arrival, to find my seaside cottage all draped with blue denim. Blue is not complimentary to my complexion— I always wears some shade of red, by preference.

“I see you do not care for my curtains and table-covers,” I said lightly. “Neither do I. But I did it to accommodate. And now he rests well in his grave, I hope.”

“And who is he? He doesn’t sound interesting.”

“Then I will tell you about him,” I said, taking a seat directly in front of one of those blue denim curtains.

I told her the following tale.

Last autumn I was leaving this place for New York, traveling on the fast express train known as the Flying Yankee. When I looked out of the window at the landscape, the horizon that seemed to wheel in a great curve as the train sped on. Every now and then I had an impression at the ‘tail of the eye’ that a man was sitting in a chair three or four numbers in front of me on the opposite side of the car. Each time that I saw this shape I looked at the chair and ascertained that it was unoccupied. But it was an odd trick of vision. I raised my lorgnette, and the chair showed emptier than before. There was nobody in it, certainly. But the more I knew that it was vacant the more plainly I saw the man. Always with the corner of my eye. It made me nervous.

When passengers entered the car, I dreaded lest they might take that seat. What would happen if they should? A bag was put in the chair—that made me uncomfortable. The bag was removed at the next station. Then a baby was placed in the seat. It began to laugh as though someone had gently tickled it. There was something odd about that chair—thirteen was its number. When I looked away from it the impression was strong upon me that some person sitting there was watching me.

Really, it would not do to humor such fancies. So, I touched the electric button, asked the porter to bring me a table, and taking from my bag a pack of cards, proceeded to divert myself with a game of patience. I was puzzling where to put a seven of spades.

‘Where can it go?’ I murmured to myself.

A voice behind me prompted: ‘Play the four of diamonds on the five, and you can do it.’ I started.

The only occupants of the car, besides me, were a bridal couple, a mother with three little children, and a preach who disapproved of card play. Who, then, had spoken?

‘Play up the four, madam,’ repeated this voice.

I looked fearfully over my shoulder. At first, I saw a bluish cloud, like cigar smoke, but inodorous. Then the vision cleared, and I saw a young man whom I knew by a subtle intuition to be the occupant, seen and not seen, of chair number thirteen. Evidently, he was a traveling salesman—and a ghost! He was a most commonplace-looking ghost, cordial, pushing, businesslike. At the same time, his face had an expression of utter despair and horror which made him still more preposterous.

Of course, it is not nice to let a stranger speak to one, even on so impersonal a topic as a four of diamonds. But a ghost—there can’t be any rule of etiquette about talking with a ghost! He showed me how to play all the cards, and then begged me to lay them out again, in order that he might give me some clever points. I was too much amazed and disturbed to speak. I could only place the cards at his suggestion. This I did so as not to appear to be listening to the empty air and be supposed to be a crazy woman.

Presently the ghost spoke again and told me his story.

‘Madam,’ he said, ‘I have been riding back and forth on this car ever since February 22, 189—. Seven months and eleven days. All this time I have not exchanged a word with anyone. For a salesman, that is pretty hard, you may believe! You know the story of the Flying Dutchman? Well, that is very nearly my case. A curse is upon me and will not be removed until some kind soul——. But I’m getting ahead of my text. That day there were four of us, traveling for different houses. One of the boys was in wool, one in baking powder, one in boots and shoes, and me in cotton goods. We met on the road, took seats together and fell into talking shop. Those fellows told big lies about their sales. The baking powder man raised the amount of the bills of goods which he had sold better than a whole can of his stuff could have done. I admitted the straight truth, that I had not yet been able to make a sale. And then I swore—not in a light-minded, chipper style of verbal trimmings, but a great, round, heaven-defying oath—that I would sell a case of blue denims on that trip if it took me forever.’

The ghost shook his head ruefully over his past folly. He continued: ‘We became dry with talk, and when the train stopped at Rivermouth, we went out to have some beer. We had to run to get back aboard. I missed my footing, fell under the wheels, and the next thing that I knew they were holding an inquest over my remains; while I, disemboweled, was sitting on a corner of the undertaker’s table, wondering which of the coroner’s jury was likely to want a case of blue denims. Then I remembered my wicked oath and understood that I was a soul doomed to wander until I could succeed in selling that bill of goods. The verdict was accidental death; negligence of deceased; railroad corporation not to blame; deceased got out for beer at his own risk.’

The ghost choked up at this disclosure and hastily wiped tears from his eyes. When he had composed himself, he continued: ‘The other traveling salesmen took charge of the remains and wrote a beautiful letter to my relatives about my social qualities and my impressive conversation. I wish it had been less impressive that time! I might have lied about my sales, or I might have said that I hoped for better luck. But after that oath there was nothing for it. Back and forth, back and forth, on this road, in chair number thirteen, I ride for all eternity. Nobody suspects my presence. They sit on my knees—I’m playing in luck when it is a nice baby as it was this afternoon! They pile wraps, bags, even railway literature on me. They play cards under my nose—and what duffers some of them are! You, madam, are the first person who has perceived me; and therefore, I ventured to speak to you, meaning no offense. But if you could—I don’t suppose you would have any use for them—but if you were disposed to do a turn of good, solid, Christian charity—I should be everlastingly grateful, and you may have that case of denims at $72.50. And that quality is quoted to-day at $80. Does it go, madam?’

The speech of the poor ghost was not very eloquent, but his eyes had an intense, eager glare, which was terrible. Something—pity, fear, I do not know what—compelled me. I decided to do without that white and gold evening cloak I’d intended to purchase. Instead, I gave $72.50 to the ghost and took from him a receipt for the sum, signed J. Billington Price. Then he smiled contentedly, thanked me with emotion, and returned to chair number thirteen.

Several times on the journey, although I did not perceive him again, I felt dazed. When the train arrived at New York, and I, with the other passengers, dismounted, it seemed to me that a strong hand passed under my elbow, steadying me down the steps. As I walked the length of the station my bag—not heavy at any time—appeared to become weightless. I believe that the parlor-car ghost walked beside me, carrying the bag, whose handle still remained in my other hand. Indeed, once or twice I thought I felt the touch of cold fingers against mine. Since then, I have no reason to suppose that the poor ghost is not at rest. I hope he is.

But I never expected nor wished to receive the case of blue denims. The next day, however, a dray belonging to a great wholesale house backed up to our door and delivered a case of denims, with a receipted bill for the same. What was I to do? I could not go about selling blue denims; I could not give them away without exciting comment. So, I furnished the seaside cottage with them.

“Pity me, dear,” I concluded. “And credit me, frivolous woman as I am, with having saved a soul at the expense of my own vanity!”

My friend glanced incredulously around the blue denim-draped parlor. “It was very kind of you, I’m sure,” she said. “But frankly, my dear, I’d have gone with the evening cloak.”